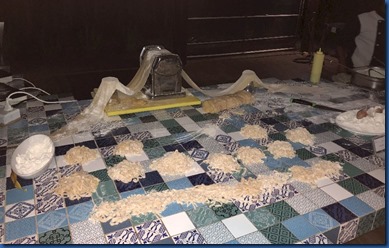 Nearly every resort has a pasta station at its dinner buffet, but none so homemade as the Italian-rooted Cocoon who not only prepares the pasta sauces fresh in front of you, but also the pasta noodles themselves. 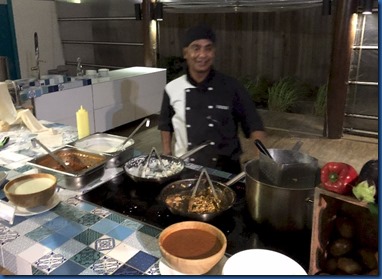 Posted in: Best of the Maldives \ Tagged: Cocoon, dining, station 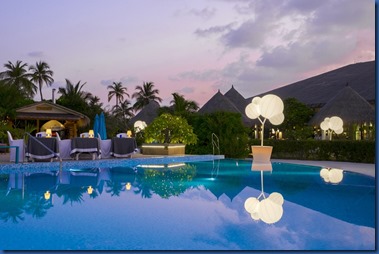 Cocoon’s distinctive “design resort” has filled its island with its own tree centrepieces with more contemporary aesthetic in its innovative new artistic lighting installation. 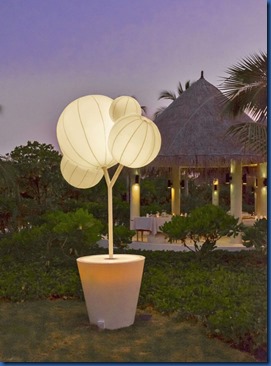 Posted in: Best of the Maldives \ Tagged: Cocoon, lighting 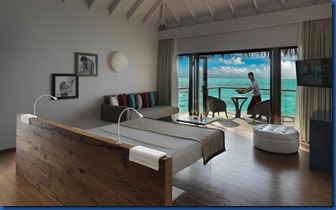 More of a spoken word rendition is a feature of Cocoon’s rooms. “Talking Furniture” in particular. Each of the Lago designed pieces comes with a smart tag for takemehome.cocoonmaldives.com :

Posted in: Best of the Maldives \ Tagged: Cocoon, technology, villa 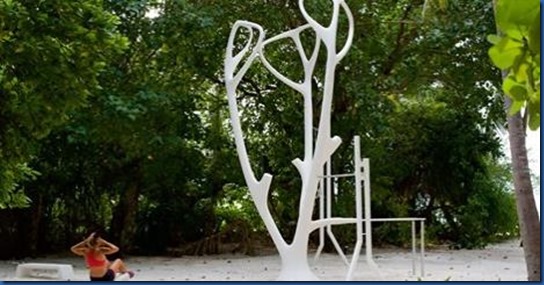 Cocoon not only brought the inside…out, but it also made its outdoor workout facility more like the outdoors itself. Its “Tree of Well Being” is not just a functional fitness apparatus for body-weight training, but also provides a striking sculptural aesthetic as well

See the video below for a video demonstration of one of the exercises.

This is just the latest of a number of activities brought outdoors in the sun-soaked landscape so I’ve now added a new tag “Al Fresco” for things conventionally done indoors that resorts have taken outdoors. 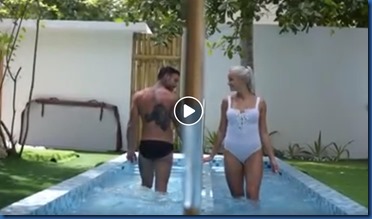 Happy New Year 2019! Lots of New Years Resolutions. Including renewed resolve to work off the holiday goodies of the New Years Celebrations. Best to start off easy. Like a simple stroll. Or maybe a stroll with a bit of resistance…like wading through water. Cocoon’s Cube Spa has introduced a wading pool, aka “Kneipp Pool” (thanks Paola). It might seem like a pool of water for wading in the Maldives is a bit like bringing coals to Newcastle, but in fairness, the pool offers a number of advantages over the beach stroll. For example, it is completely level and does not have sharp pieces of coral to accidentally step on.

Posted in: Best of the Maldives \ Tagged: Cocoon, pool, spa 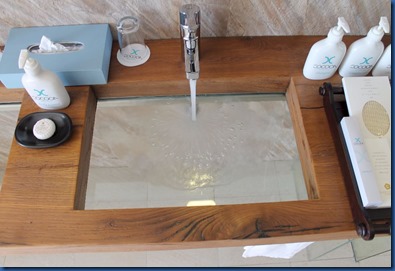 The bathrooms in Cocoon come with a different type of view. The design is really enchanting and in a way is its own variation of “floating furniture” with the water seeming to hover over the floor below.

Posted in: Best of the Maldives \ Tagged: bathroom, Cocoon, sink 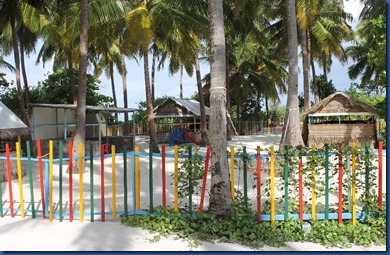 Maldives National Day today. And youngsters visiting Cocoon can regale themselves in indigenous vibe as their Pupa kids club is built entirely to look like a traditional Maldivian village. 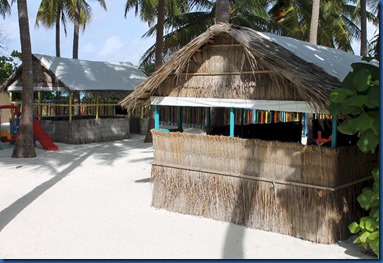 Posted in: Best of the Maldives \ Tagged: Cocoon, kids

Best of the Maldives: Swinging – Cocoon 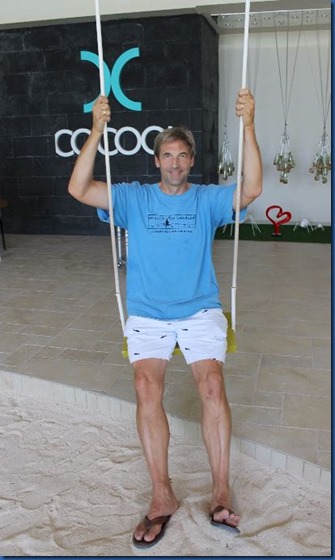 Even its distinctive floating furniture add to the dangling design vibe of the resort. Lots of resorts have swings, but Cocoon has them in places I’ve never seen before like the reception (see above, great for soothing the sadness of saying goodbye when waiting for your return transfer), and the bathroom (see below, not sure what this is great for…maybe to help get things moving??). 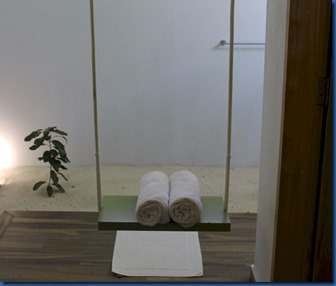 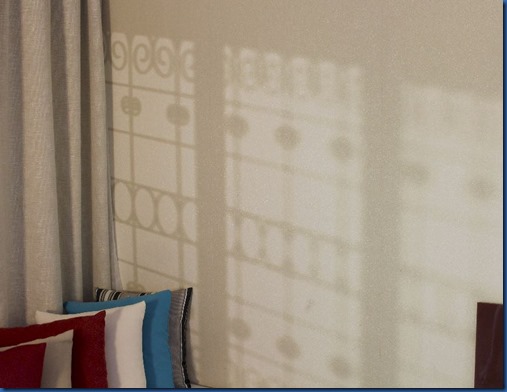 QI of the Day: “Why do fish have stripes and spots?”
“To confuse and scare predators”
Buzzzzz!
Actually, recent research by Kelly et al provides a range of counter evidence that the leading theories, ie. “Predator defence by mimicking predators’ enemies’ eyes, deflecting attacks or intimidating predators…Striped body patterns have been suggested to serve for both social communication and predator defence.”). These hypothesis are contradicted by a range of data and observations. For example, “Contrary to our expectations, spots and eyespots appeared relatively recently in butterflyfish evolution and are highly evolutionarily labile, suggesting that they are unlikely to have played an important part in the evolutionary history of the group.”

And why does the Cocoon resort have a trompe l’oeil shadow on the wall of a wrought iron grille as if the sun was shining through some window on the Riviera? Just for a bit of aesthetic whimsy (maybe that is an explanation for reef fish too). Even more mysterious is how the shadow is created as there is absolutely nothing on the villa windows except what appears to be clear glass. It’s a bit more design wizardry from the resort…floating furniture, shadows of invisible things – it’s like staying a Hogwarts. Magic all over the resort from the reef to the rooms.

Posted in: Best of the Maldives \ Tagged: Cocoon, decor, QI

Best of the Maldives: Steak and Egg Station – Cocoon 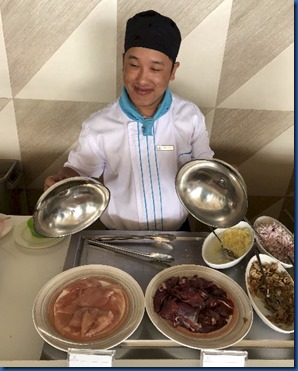 The main rival to eggs benedict for breakfast luxury is steak and eggs. More of an American staple, you don’t find it that often on European menus. So I was delighted to find Cocoon’s Steak and Egg Station at their breakfast buffer. Quite nice cuts of beef grilled to your liking along with your choice of egg accompaniment (I tend to prefer scrambled with my steak and a bit of ketchup, which they also had at hand). 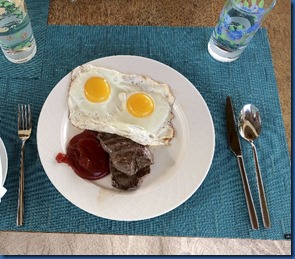