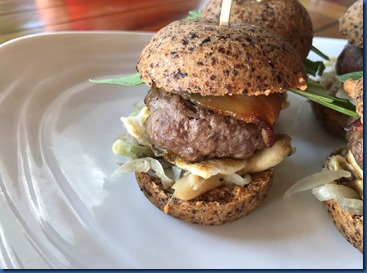 Many people are reducing their consumption of meat for a variety of reasons, but one of the most prominent is their concern over the ethics of the meat production on both the animals and the planet. While some have completely eliminated meat from their diet, for others going completely cold turkey (or cow?) is a bit too challenging. As a part of their ethos to help guests take step to great sustainability, Amilla is offering a range of ethical meats on its menus: 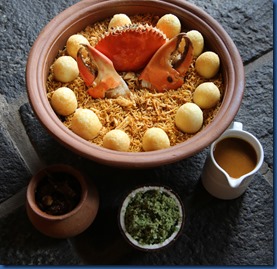 Ocean Indian cuisine in the middle of the Indian Ocean. Hard Rock and SAii Lagoon’s Ministry of Crab serves up a true delicacy crab biryani which we thoroughly enjoyed during our visit there:

I do love when resorts bring local flavours to luxury ingredients. With this post, I am adding a “Crab” tag so that this crustacean can take its place alongside its culinary crustacean, Lobster. 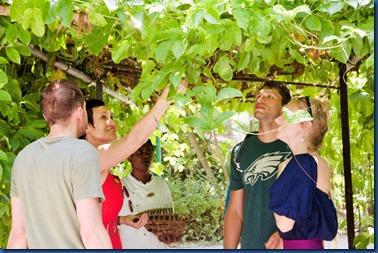 One of my favourite tropical island activities with the kids when they were young was setting up treasure hunts around the resort island where the “treasure” was a box of sweeties. Various resorts have introduced their hunts for children, but Amilla has a sort of a treasure hunt with much healthier fare. A virtual walk through their “Foraging Lunch” was shared in their description:

Also, helpful survival training for if you ever get marooned on a desert island. Bear Gryll’s paradise edition. 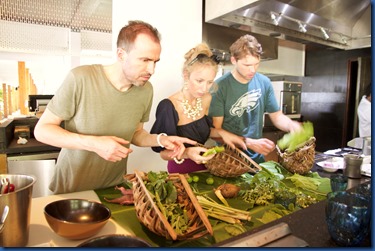 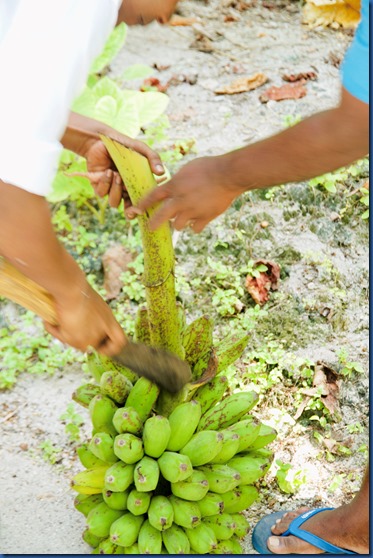 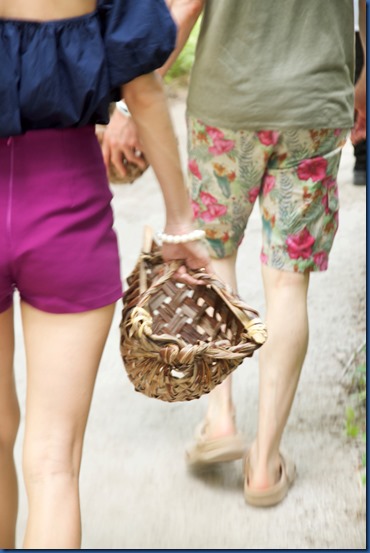 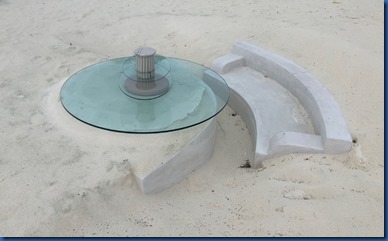 Many resorts now offer the in-sand dining experience, but Kihaa Maldives has installed a bit more elaborate and permanent seating in the beach making it easier to set up such special meals.

Posted in: Best of the Maldives \ Tagged: dining, Kihaa, sand

Best of the Maldives: Thali – Faarufushi 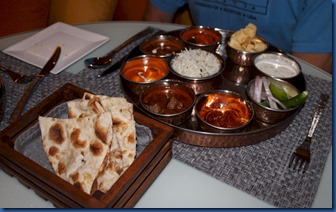 For variety of local flavours served up on a flat cake, Faarufushi offers a range of Thali taste treat.

Thali is used to refer to an Indian-style meal made up of a selection of various dishes which are served on a platter. Sort of a tapas of the subcontinent. Executive Sous Chef Bir Kumar Yadav (photo below)  is always introducing new options for an ever changing palete palatte. 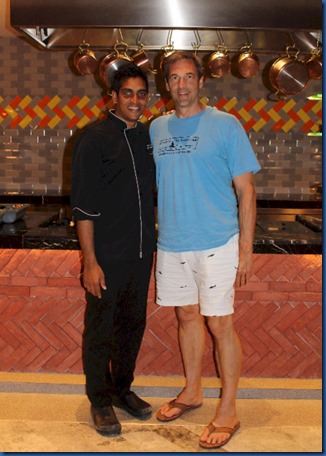 Posted in: Best of the Maldives \ Tagged: dining, Faarufushi 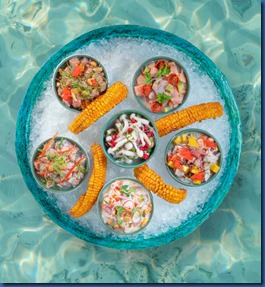 Part of the adventure of an exotic holiday can be the exotic dining that goes with it. First timers to the Maldives will relish the fresh reef fish, local curries and irresistibly fresh tropical fruit. But for longer stays or Maldives aficionado regular visitors, even that can get a bit repetitive. So the top resorts mix it up a bit with some more creative culinary options. When I treat myself to a meal out, I try to choose dishes that I can’t easily make for myself at home (so I avoid the simple dishes and go for the more unusual).

One example of esoteric eatery is LUX North Male Atoll’s Peruvian/Japanese fusion restaurant INTI and their signature dish “ceviche”. Ceviche is a South American dish of marinated seafood (eg. prawn, octopus), but INTI has extended it in fusion style to Wagyu Beef, vegetables and other ingredients. It is served with a range of sauces (eg. chimichu mushroom, rocoto chili spice, corn, beef au jus, huancaina yella chili). And if you have trouble deciding from their extensive selection, you can have a smorgasbord of a tasting platter including such delicacies as: 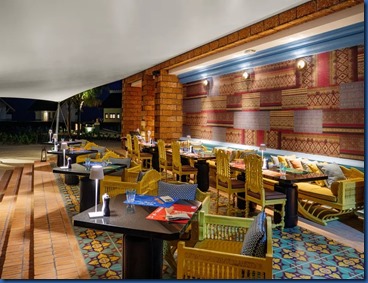 Two of the most popular tastes on the High Street – Thai and Italian – combined for a super fusion of flavours. Mr Tom Yam’s at SAii Lagoon blends the exotic with the classic, the tropical with the Mediterranean, the Asian with the European. Some of our favourite dishes are Italian and Thai, so sampling them melded together was a special treat. 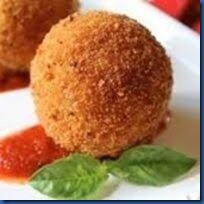 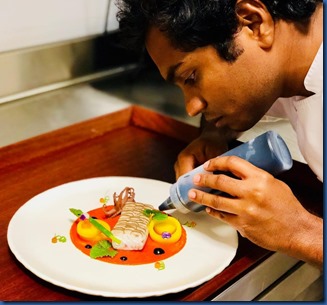 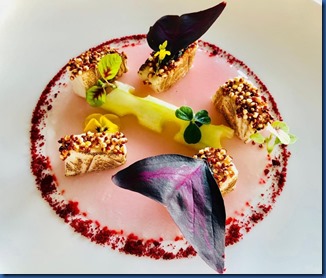 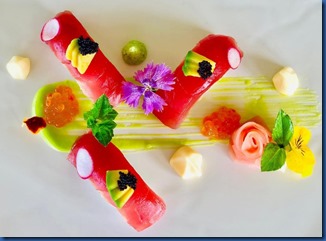 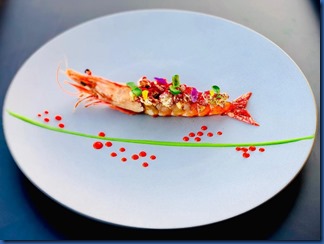 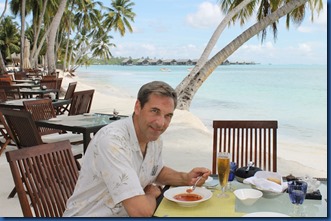 We always describe the Maldives to people who have never been as “that iconic image of a plot of sand with a palm tree…1000 of those!” The diminutive sandy dots in the middle of mill pond still lagoons provides an intimacy with a gently inviting ocean. When we first visited, the resorts all sequestered us into dining rooms at mealtime. Eventually we asked if we could move our table out onto the beach by the water and they were happy to oblige. By the end of the week, a bunch of other diners had followed our lead and joined us under the stars with the mini waves lapping nearby.

These days all resort understand the charm of beach dining and offer a number of seating areas on the sand close to the water. But no standard dining venue (as opposed to specialty beach dining experiences) get you closer to the water than Shangri-La Villingili’s Javvu restaurant. Partly this proximity is due to a bit of erosion that has brought the water closer to the dining as much as the dining has approached the water. The tables are all set under a canopy of shore lining palms to that cosying up the seaside experience. 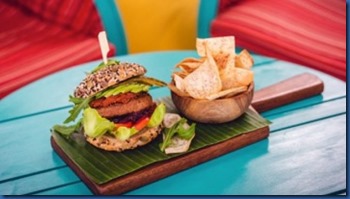