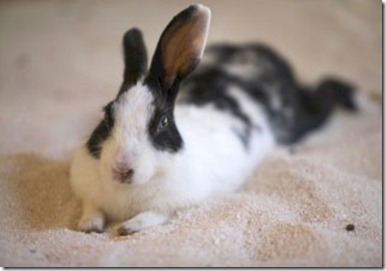 Maybe another title for this post is ‘Best for Easter’. Actually, Soneva Fushi isn’t the only resort with free roaming rabbits. Kuredu also has rabbits, but Soneva is really the most famous. Only for Soneva Fushi has several folks who have been there have talked to me about the rabbits. They even feature the bunnies on their website (see photo above)…

“Every visit makes you feel like a child again. Cycling round the island, never knowing when you might have to swerve to avoid bunny rabbits or lizard…Nesting turtles and bunny rabbits co-habiting happily on a jewel of emerald green in a vast ocean of turquoise.”

“In 1989, Soneva Fushi’s caretaker, Abdullah, gave his son a little pet bunny.  The bunny happened to be pregnant, and cute fluffy little babies were soon born.  their great-great-great-great-great-grand-bunnines have made the island their home ever since and are now little mascots for Soneva Fushi.  Eva’s sister Amie even wrote a book about them.”

There are also lots of accounts in places like TripAdvisor (“rabbits that are everywhere”) and YouTube (see below).

[POST SCRIPT] – When we visited Soneva Jani and their bookseller, we got a copy of “Lost and Found in the Maldives” a children’s story about a couple of Soneva bunnies and their adventure on the island (available exclusively on the resort). 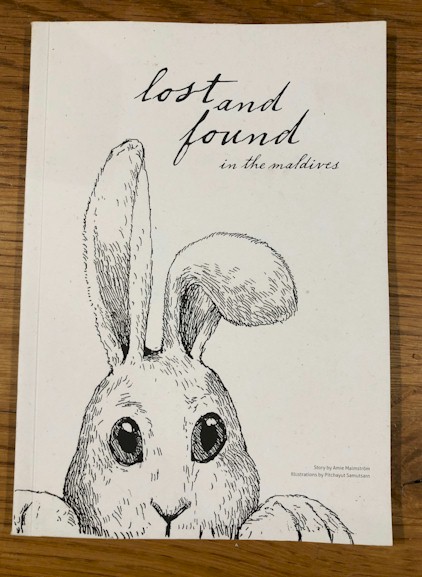 Posted in: Best of the Maldives \ Tagged: best of, kids, Soneva Fushi 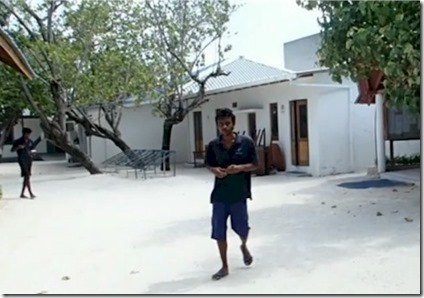 From a vibrant online ‘tribe’ to one of the most distinctive resort communities – Rihiveli Beach. Another gem from Francisco (from the same email as the sandbank) also highlights the spirit of openness. In this case, the Rihiveli staff quarters.

“Staff quarters are open to the guests and make a sort of real maldivian villages (only men though) that you can actually go to and interact with the maldivian staff. Like having a local island visit on your resort island.”

We do enjoy the abundant hospitality that flows effortlessly from the Maldivian staff who work tirelessly to make our visits memorable and flawless. We enjoy our chats with them to appreciate more about their lives and their community. Rihiveli’s approach of opening up their quarters would seem to make a subtle but significant difference to the resort ambience where everyone on the island is together. 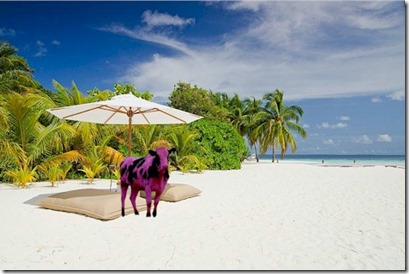 Probably one of the more bizarre Best Of’s I have come up with. The Best for Seth Godin.

Seth Godin is one of my favourite writers and one of the world’s top marketing maven’s. In many respects, his perspectives on marketing served to inspire much of Maldives Complete. He has written 11 books, a daily blog post and countless articles, presentations and ‘projects’. Most of his work revolves around the notion of finding and embracing your ‘raging fans’ (aka ‘tribes’). And while I have come upon passionate followings for a number of islands (Athuruga, Biyadhoo and Kuradu come to mind) none seem to be quite so fervid as Mirihi.

Furthermore, Mirihi operates and does a number of things straight from many a Godin books that reinforce and foster this fandom.

Posted in: Best of the Maldives \ Tagged: ambience, best of, Mirihi, Seth Godin 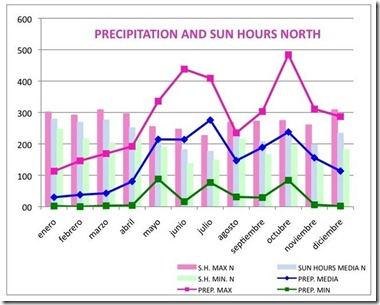 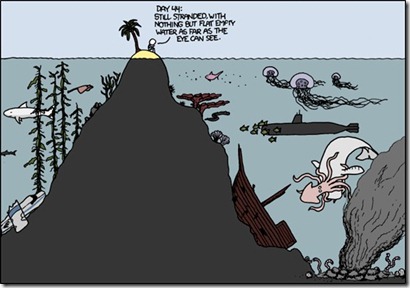 Red Nose Day today. No, not a rash of under-applied zinc-oxide, but the UK’s day for goofing around for charity. I love the XKCD cartoon and it’s ‘deeper’ message about how much richness is below the surface. An apt metaphor for the always adventuresome and somewhat mysterious paradise of the Maldivies.

In the spirit of the day, I will donate a £1 for every comment to today’s post that provides something missing from the cartoon above if it were a Maldivian island. 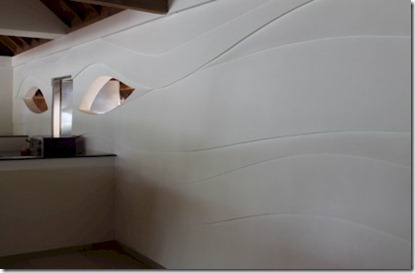 Celebrating International Women’s Day today is probably the most subtle yet dramatic piece in the Maldives honoring women – ‘Maafushivaru Eyes”. The piece at the eponymous Maafushivaru resort is a sort of wall sculpture carved into the wall by the restaurant. It features two eyes with flowing lines off to the right (see above). Also the adjacent reflecting pool and jetty were designed to reflect other aspects of the feminine aesthetic.

The creative and inspired installation evokes a piece of art specifically commissioned for International Women’s Day a couple years back – “Dhaalu Girl”. Showcased in the “Cool Women” film project, also done to honour International Women’s Day, the piece was painted by the exquisitely talented Aemii Musko. So impressed by this young Maldivian artist and her depiction of the feminine charm and power of the ocean, I purchased the piece and it hangs proudly in home now.

Here’s to the power and creativity of women around the world. 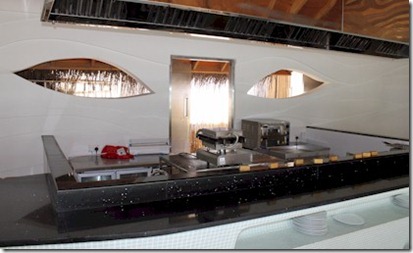 Posted in: Best of the Maldives \ Tagged: art, best of, decoration, Maafushivaru 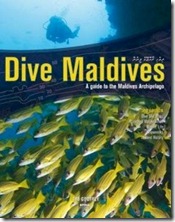 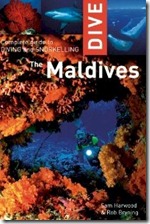 All three cover the atolls with the most resorts…

But only Harwood/Bryning cover the following atolls… 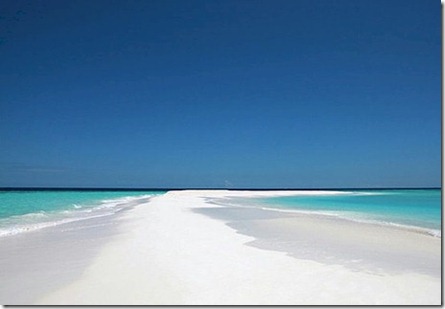 When I need to describe the Maldives to people unfamiliar with them, I say “You know those pictures of a deserted tropical island of a plot of sand in the ocean with a palm tree in the middle?…that’s the Maldives.” But, the even more secluded, minimalist isolation comes from such plots…sans palm trees. The sandbanks.

The ultimate on open space bounty comes courtesy of Francisco Negrin, one of most helpful correspondents, who recently returned from Six Senses Laamu…

“A real, and beautiful sand bank with maafushivaru type sand as per your description and a stunning reef around it. And you can swim or kayak to it from the main island in just a few minutes. No need of a boat , no sea planes landing next to it etc etc.. And you can book it to have it to yourself too.” 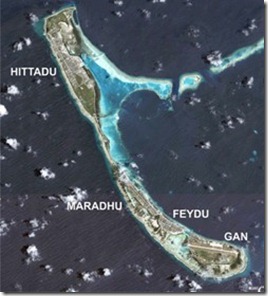 If you get geographically claustrophobia, then you can still enjoy the tropical splendour of the Maldives on the more substantial plot of land, Gan. Covering 1500 hectares, it provides expansive open spaces rare in the Maldives. Big enough for an airfield which stretches from one end to another. And an old, disused golf course (built by the RAF airmen stationed there).

Not only is Gan substantial, but it is connected to a string of islands Feydu and Hittadu. The resident resort there is Equator Village. As a result, it 'open' in another way by being also the one resort located on an island where other non-staff Maldivians reside.  So it is truly open to Maldivian life not just landscape.

Posted in: Best of the Maldives \ Tagged: best of, Equator Village, landscape 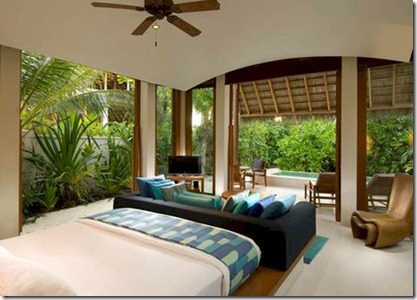 “Conrad beach rooms open on all four sides. What a difference to a/c. The outside comes in. Lovely sleep under the silent fan.”

A pavilion in your villa. The weather and surrounding are so idyllic and perfect that the biggest downside to a villa is having to go into it. The best villas provide lots of ways for you to remain connected to the natural splendour through decks, outdoor showers and bathrooms as well as a design of windows and vistas.