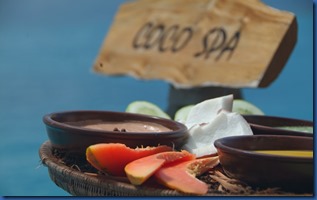 For a taste sensation you can literally feel, check out the “Edible Spa Menu” at Coco Bodu Hithi and Coco Dhuni Kholu: 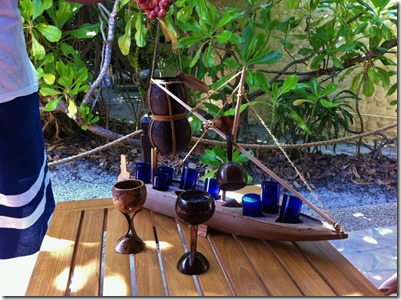 Christmas is just a few sleeps away and most of us are nestled by the fire accompanied by shot of hot toddy as the winter chill (first day of winter yesterday) hits the air. And just because you are spending your holidays in the sun-drenched tropics doesn’t mean you can’t also enjoy the sweet and spicy distilled delights of a toddy. Especially at Coco Palm Dhuni Kolhu which serves palm toddies (thanks Paola). In fact, they can be delivered to your door daily. The Christmas ‘spirit’ all year round! 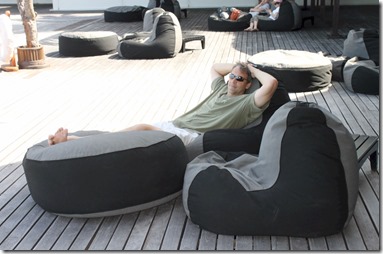 Bean bag chairs or other various styles of comfy poofs are now quite popular lounge-ware at the resorts. I too love plopping down into them. But, frankly, most of my Maldives chilling involves reading. And on these giant bean bags, I just can’t get the head support to comfortably read. I either have to hold my head up and relax my hands, or relax my head and hold my head up. But Coco Bodu Hithi solves the problem with their special support poofs. Heads up thinking. 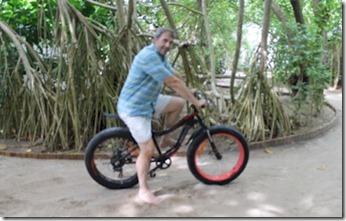 The busiest travel day of the year today. At least in the USA. The day before Thanksgiving and EVERYONE is trying to get home. While Christmas might be a bigger season and holiday, more people go home for Thanksgiving than they do for Christmas. Hence the term “Homecoming”. As in “Homecoming Queen” and “King” who are part of the festivities for the typically biggest high school (American) football game of the year which is played on Turkey Day. While Mom is preparing the feast, everyone in town heads down to the game assured that every one in town, including their friends who have moved away, will be there.

As you can imagine, getting half of a America back its home base in one 24-hour burst results in a bity of transportation mayhem. Immortalised in the classic comedy film “Planes, Trains and Automobiles”.

None of that stress in the Maldives even on whatever their biggest travel day of the year is. Few planes (limited to Male and a few scattered islands), absolutely no trains, and even fewer islands with automobiles. For the biggest resort islands, the transportation of choice is buggies and bikes.

We’ve been on a number of bikes (Reethi Rah, Soneva Fushi, Gili Lankfushi) and the biggest challenge is riding them in the softer sand (though for these islands most of the pathways are quite firm). Not an issue for JA Manafaru who has the specialty “Fat Man” models with extra wide tyres for both a softer ride and more ease going through softer terrain. They sort of have a vintage roadster vibe.

Coco Bodu Hithi also has them, but Manafaru had kid versions (see below). 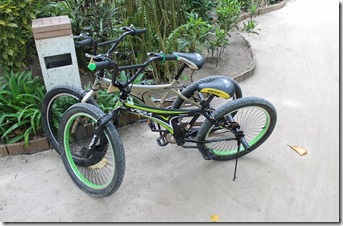 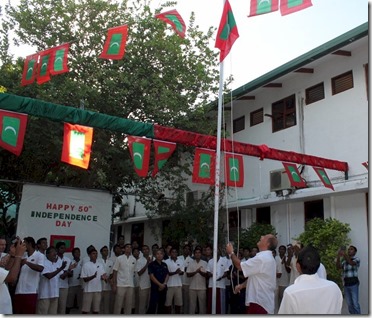 Great to be able to spend the Maldives semicentennial in the Maldives itself. So many come to the Maldives to celebrate their own milestone special occasions (coincidentally, Lori and I celebrate our 30th wedding anniversary ourselves tomorrow), it’s apropos for everyone to raise a cheer the Maldives’ own golden anniversary.

Or more traditionally, raise a flag. En route here, the Male airport was festooned with flags heralding the event. We are actually at Coco Bodu Hithi (tour report to follow) and they have organised an entire day of celebration starting with a flag raising ceremony with the staff at sunrise (see picture above) and concluding with a sunset soiree by the beach. The resort is also covered in Maldives flags at the entry and on all of the tables (see below).

We “toasted” the occasion with a custom Maldives Flag pancake crafted by their incredibly inventive pancake station (definite “Best of the Maldives” to follow) pictured below. 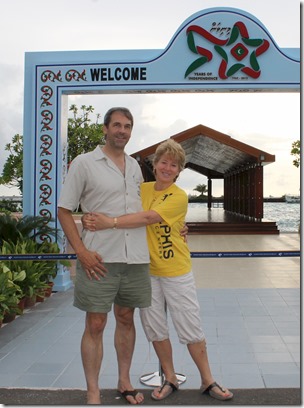 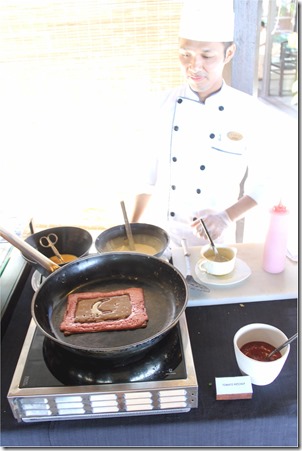 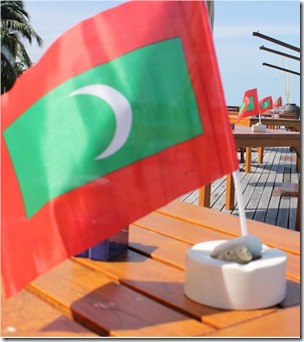