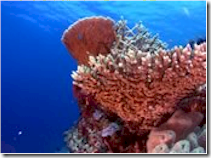 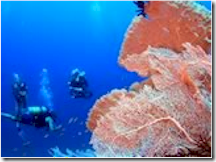 One of the very first and most common questions to ask of any ‘Maldives Best Of’ selection is what is the ‘Best House Reef’.

Maldives is easily one of the world’s top dive areas up there with the Red Sea, the Great Barrier Reef, the Caribbean. But it really stands out for snorkelling. It’s topology of eroded atolls (check out Atoll Terms and Atoll Formation) provide endless shallow and protected areas for leisurely snorkelling as well as steeper reef walls for a different perspective.

The subject was raised on the premier travel review site, TripAdvisor – “Which are the Top 10 Best Resort Reefs?” – and the expert opinion for the top one is Kandoludhoo. The assessment comes from one of TripAdvisor’s top Maldive forum experts, ‘spammie’ with 1,946 posts on the Maldives to his credit. He writes…

“Kandoludhoo has been not been harmed in the ’98 el nino due to lucky currents. So while the other reefs have had to recover from severe coral bleaching, Kandoludhoo looks just like the Maldives used to. To my knowledge its the only actually intact reef in the Maldives. It’s generally considered the number 1 reef because of that. It’s full of huge table corals and just impressive. Also easily accessible. However, several of the other reefs are recovering nicely and are quickly catching up again.”

10 Thoughts on “Best of the Maldives: House Reef – Kandolhu”