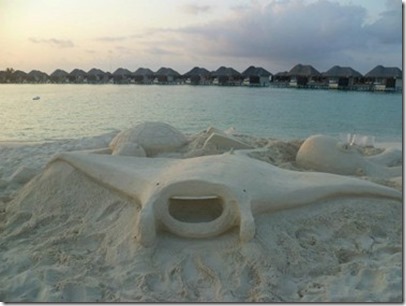 Nowhere in the Maldives are the sands shifting so creatively as at W Retreat last week. The W hosted a Sand Sculpture event with artist Peter Redmond…

“Sand sculpture is no longer a children’s only activity. As the sun shines over the Indian Ocean Peter Redmond, Australian Sand Sculpture artist, will be assisting guests at the Retreat to create and customize their very own sand art…Guests at the Retreat can stop by for sand sculpting workshops while Peter reveals the art of sculpting. With a background in Graphic design and illustration, Peter Redmond’s passion for sculpture came at young age while competing with his brothers on who would finish the first sand sculpture on Frankston Beach, Australia. Peter stated that the only difference today was the size of the sculptures as they are now bigger…W Maldives will reveal Peter Redmond’s final work, and will select the best sculpture amongst the retreats guests.”

You can check out some of the creations on the W Retreat Facebook album of the event here.

As I noted before, I grew up by the beach of Crane Beach in Ipswich, Massachusetts where sand castle building is an annual highlight so I have a special nostalgic appreciation for this oceanic art form. 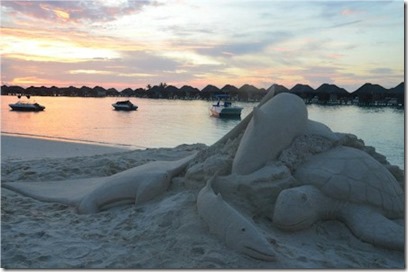 Posted in: Best of the Maldives \ Tagged: art, best of, event, W Maldives 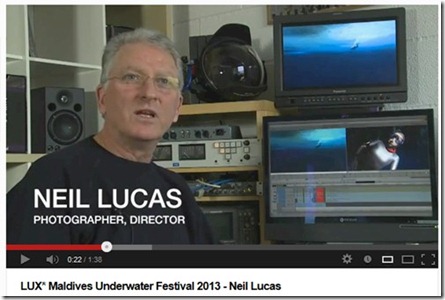 Did you miss out on an Oscar again this year? Want to refine your filming technique with some world class mentoring to improve your chances with the Academy next year? Then, sign up for LUX* Maldives’ Underwater Festival 15-21 April 2013.

“An intense ensemble of water activities stretched over one week of lighter learning for keen divers, photography fanatics and water enthusiastic or just simply curious guests in search of a holiday with a difference. With a strong focus on underwater photography, the festival’s attendees have the opportunity to join training sessions with the experts throughout the week!”

Now we’re talking something a bit closer to my professional expertise – filming diving. Though my filming is more above water than under. My company, Piero, brought to the London 2012 Olympics the now infamous ‘Splashometer’ to the BBC and NBC coverage of the ‘Diving’ competition. Though I have done a bit of more conventional diving film here. Look out Spielberg! 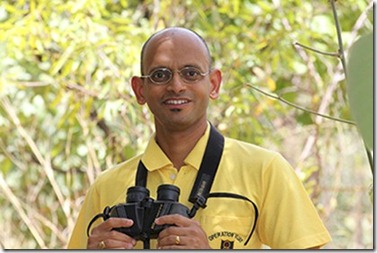 If you want to expand your space science insight beyond the reaches of Earth’s gravity, then Six Senses Laamu is introducing a series of astronomy events hosted by Fellow of the Royal Astronomical Society Dr Parag Mahajani. Along with his prize-winning expertise, he will be bringing to Laamu his solar telescope. Special sun observing sessions will be conducted each morning from 10:00 am to 11:00 am.

The Maldives always has been a great place to take in the sun and Six Senses just made it that much more intimate and intriguing. 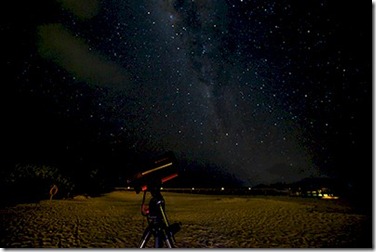 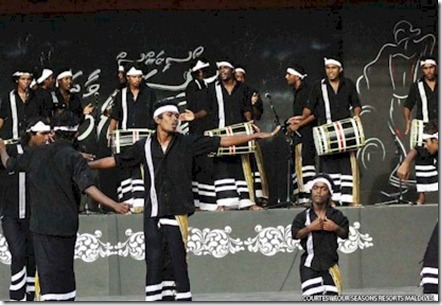 The Olympics are always a chance to get acquainted with less familiar sports. The 2012 Games event that I saw was Synchronised Swimming which is not a programme on my record favourites at home. The Paralympics this week takes this introduction to even more varied competitions like ‘Goal Ball’.

The Maldives is pioneering some its own competitive spirit this month in the highly physical and talent demanding Boduberu Drumming sponsored by the Four Seasons. The Four Seasons are becoming a bit of champion for local competition having also promoted the Four Seasons Maldives Surfing Champions Trophy 2012 earlier in the year.

Minivan News reported on the event…

“Beyond its significance for the holiday industry, a number of young people and cultural organisations, boduberu is serious business – not least for for the eight teams that on Saturday (September 1) night contested in this year’s Four Seasons Saqaafee Vaadha tournament on the island of Kamadhoo. Held barely five minutes by speedboat from one of Baa Atoll’s most high-profile resorts, the tournament saw teams representing the islands of Kendhoo, Kurendhoo, Holhudhoo, Kudafari, Dhivaafaru, Meedhoo, Madduvary and Rasmaadhoo competed for a grand prize of MVR100,000 to help fund development projects for their respective local communities. A further MVR 10,000 in prize money was also provided to be shared amongst the winning team’s members. The competition, organised in association with the Four Seasons resort group and local cultural organisations, was televised live across the nation with a team from the island of Rasmaadhoo being crowned the overall winners, based on the views of a four member panel of judges.”

Culture has been part of the Olympic since it started. The Opening and Closing Ceremonies are themselves major extravaganzas of music, dance, theatre, drama, sculpture, performance art and more. Also, since the Olympics last graced England in 1948, a ‘Cultural Olympiad’ has accompanied the festivities to further celebrate and promote the aesthetes with the athletes.

Events like the Boduberu competition aren’t that far removed from other ‘judged’ events (eg. Diving, Gymnastic, Syncronised Swimming, Dressage) that score equally as importantly for ‘Artistry’ as ‘Technical’ proficiency. 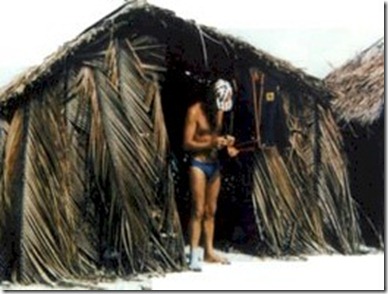 The first resort to get a Snorkel Spotting was Kurumba which is just one of many firsts for this proud pioneer in Maldive resort history. It is the ‘Delaware’ of the Maldives resort union.
In a crowd of glitzy up-and-comers in the Maldivian resort scene, Kurumba stands out at the revered silverback of the pack. Already distinquished for extent of its experience and customer loyalty, they are hit their Ruby anniversary a fortnight ago. To celebrate, they are hosting with an unprecedented schedule of 40 ceblebrations through the year to mark their 40 years business which include such fun as… 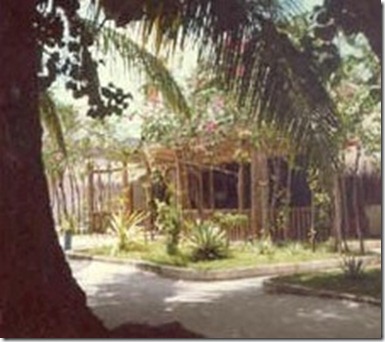 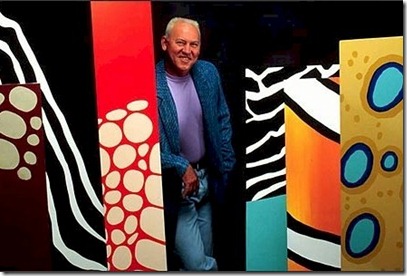 From make up brushes to paint brushes, the One & Only Reethi Rah hosts its own ‘Artist in Residence’ Christopher Hogan started this month…

“Guests can fully unwind by taking part in art therapy with renowned Australian artist Christopher Hogan while holidaying on the white beaches of The Maldives. Christopher will be One&Only Reethi Rah’s artist in residence 1 February – 28 April 2012. Known for compositions reflecting the beauty found in wildlife, such as fish skin patterns and the colour palettes of marine life, Christopher’s unique and distinctive style is stimulating to the eye. In particular, his creation of the ‘Reef Series’ propelled Christopher into international recognition. In harmony with the setting of One&Only Reethi Rah, the artist will take inspiration from his time on the island and produce new works as well as guide aspirational artists staying at the resort. Guests can book our special INSPIRATION package which includes luxury accommodations and 3 art classes with Christopher Hogan.”

Christopher has done a range of murals around the resort, especially for the Kid’s Club, as a part of his ‘Reef Series’ (see photo below). 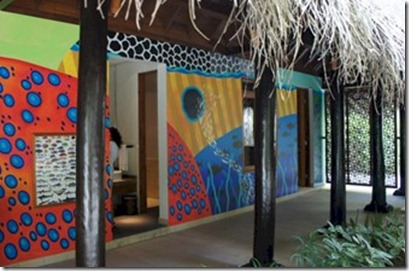 Posted in: Best of the Maldives \ Tagged: art, best of, event, Reethi Rah 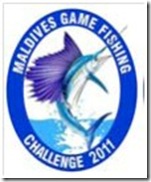 Lots of resorts offer deep sea fishing as an excursion, but today Bandos has organised the first ever Maldives Catch & Release Game Fishing Tournament at the resort in conjunction with the non-profit association Maldives Game Fishing Association (MGFA)…

“The aims of holding this tournament event are to:

Tournament Dates: 9th – 12th November 2011 These dates have been selected due to shoulder season on resorts & to coincide with the Maldivian fisherman’s calendar giving the best fishing periods”

Posted in: Best of the Maldives \ Tagged: actvity, Bandos, best of, event 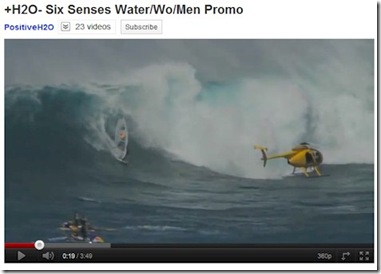 If there is one thing that defines the Maldives, it is water. The country seems primarily aquatic with dots of land for the convenience of the humans in the area. If anything, the Maldives have to contend with too much water especially in the climate change scenario which predicts rising oceans. But so much water doesn’t take away its preciousness.

Celebrating this treasure is this week’s Water Wo/Men event hosted by Six Senses Laamu. The event centres on a number of guest speakers and workshops presented by leading water activists such as the Water Charity, Plant a Fish and Blue Marine Foundation. But rather than just a dry session of self-flagellating lectures, Watermen brings the topic alive with workshops of dazzling water activities like surfing, diving and sailing. Finally, I love how ‘’Splash’ star Darryl Hannah is one of the celebrity guests

“Leading ‘watermen’ – surfers, windsurfers, kite surfers and divers ­– will be joining renowned conservationists in the Maldives to draw attention to the fragile relationship between man and water in today’s world. The Six Senses Watermen event will mix fun and sport with serious debate on global issues relating to rising sea levels, underwater eco-systems and the basic human right of access to clean drinking water.”

For folks interested in exploring the topic of water ecology further, I recommend the documentary Flow which is sort of a ‘Inconvenient Truth’ for water. 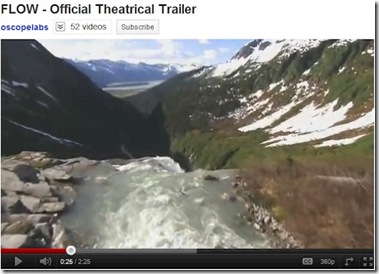 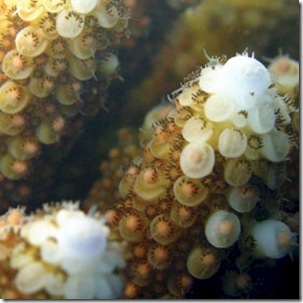 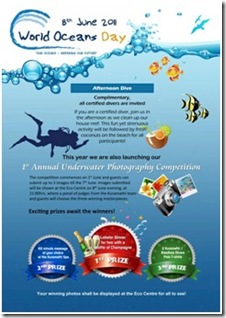 The entire country of the Maldives is celebrating this event including several special activities in various resorts. But the resort that has pulled out the stops is Kuramathi. They are featuring a special complementary dive, an underwater photography competition, and reef clean up. The event is being sponsored by the resort’s recently inaugurated Eco Center as a part of its overall green strategy.

Posted in: Best of the Maldives \ Tagged: best of, eco-sustainability, event, Kuramathi