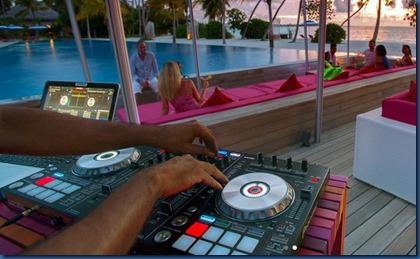 Sights, spaces and now sounds. Kandima’s artistry pervades its island with a fresh approach that engages its guests and fans. Its artist studio is run by an up-and-coming local artist to produce fresh works as well as to collaborate with the guests themselves. And the same spirit of creative engagement is being applied to the resort soundscape with the Maldives first ever music competition:

The entries to date that have been selected and can be sampled here.  But, *NEWS FLASH*, Kandima has extended the deadline to mid-September!  So anyone needing a bit more production time (or just finding out about the competition now) can get their creative juices going and join the jamboree.

Posted in: Best of the Maldives \ Tagged: commercial, Kandima, music