A really big show with really big names requires more than a really big villa. In fact, it might require an entire resort like Tropika Island Of Treasure Maldives has done with Vadoo. Not the first reality TV show in the Maldives (actually this is the third prompting me to add the “Reality TV” tag), but maybe the biggest now featuring celebrities battling it out in paradise. Many of the episodes are being posted on YouTube so if you just want to follow the frolicking fun wherever you are (even if you don’t recognise the South African stars), you can tune in. 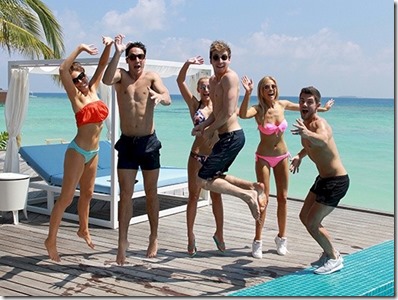 One group that needs little prompting to get the party started is the cast of “Made In Chelsea”. This week they recorded their Episode 11 titled “Made in Maldives” from Hideaway Beach resort.

“An eye-opening reality series that follows the lives and loves of the socially elite 20-somethings who live in some of London’s most exclusive postcodes…Stephanie hopes a holiday to the Maldives will be just the tonic to get all of her friendships back on track, while Toff and Richard take their friendship to the next level.”

I had to call this “Best of” award “Relationship Reality TV” to differentiate it from “Challenge Reality TV” of Survivor which has already been recognised.

I’m always surprised that more TV shows and movies don’t get shots at this magical backdrop. Especially, nearby Bollywood. (If anyone has connections to the Indian or French film companies, our award-winning daughter Isley has a stunning script based in the Maldives and based on a true story – #thatguywhohasascript) 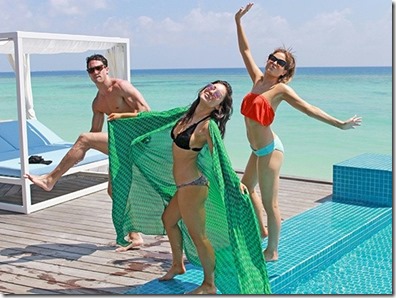 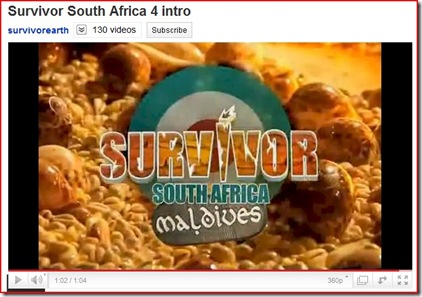 Talk about not wanting to get voted off an island!

For the first time ever, the global hit TV show, ‘Survivor’, comes to the Maldives. The whole format is based on being stranded on a tropical island Robinson Crusoe style. The fun and games come from producer driven challenges which earn the reality stars opportunities for ‘immunity’, useful tools and treats.

The series based there is the ‘Survivor South Africa’ series and is set on the presently idle Handhufushi resort island. Aside from the unprecedentedly spectacular setting, the show introduces some other twists like ‘The Curse of the Black Cowrie’ (oooooh!). I wonder if it as bad as the ‘Curse of the Watered Down Pina Colada’ or the ‘Scourge of Not Being Able to Eat on the Beach’ (and other Maldivian nightmares).

Lots of clips, photos, footage and info are posted up on the DSTV website for you Maldives buffs not in South Africa.

The tribe has spoken! 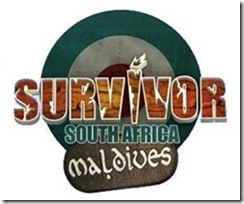