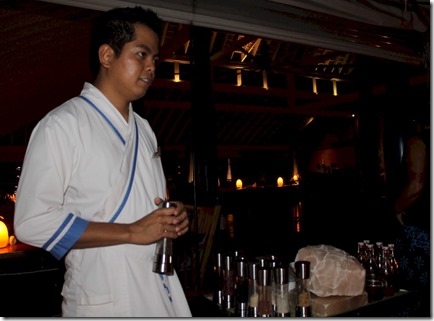 “Salt” is not just a thematic name to Anantara Kihavah Villas’ signature over-the-ocean restaurant, also its star attraction. Sort of the Thelma Ritter of the dinner table – a record 6 Academy Award nominations for “Best Supporting Actress”. ‘Salt’ restaurant is sort of salt’s “New Girl in Town” (the lead stage role for which she won the Tony Award).

The restaurant is part of the Sea, Fire, Salt, Sky is a dining concept at Kihvah providing a distinctive perspective on the Maldivian world from the elevated “Sky” roof deck down to the underwater “Sea” spectacle.

When we ate, we were presented the salt range by resident “Salt Guru” Julius (see photo above) on their “salt trolley”. They also have a Himalayan heated pink salt bowl for certain preparation. Out of the 16 varieties from all over the world – Tasmania, USA, Croatia, France – we chose the wild porcini mushroom salt…

You can also buy the salts to take home (see below). They make great gifts that are unusual and more useful than trinkets or t-shirts (everyone loves a dash of salt on their food and if you are worried about your blood pressure eating here, check out this latest report “Pour on the Salt”). 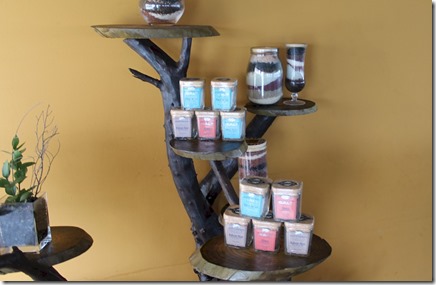