Best of the Maldives: Helipad – Anantara 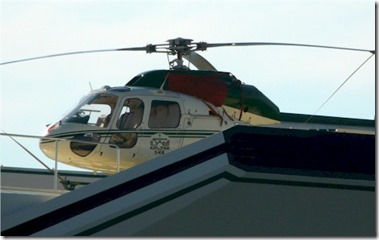 A whole entourage of superlatives are emerging out of the headline royal visit of Saudi Prince Salman bin Abdulaziz to the Anantara this week. Most amount spent on a holiday. Most rooms booked at once. Tightest security (reportedly staff are not allowed to have their phones on them). But my favourite from all of the reports is the building of at least one helipad for the prince’s helicopter on his mega-yacht (see above). “Helipad” has long been on the “not seen yet” list ever since the surrender of the Maafushivaru Lonubo’s to the inexorable tides. I’ve seen them pencilled in on some of the extravagant resort plans like the one with the underwater golf course, but nothing “on the ground” so to speak until now.