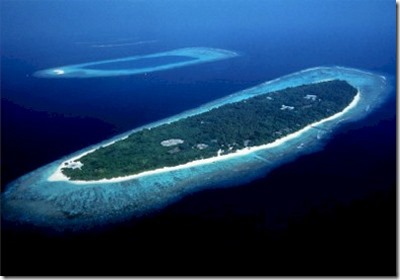 Not a person in sight.

What most of the prospective visitors on Forums ask about is the lowest population density. Perhaps burnt by crowded beaches and resorts elsewhere in the world, they are drawn to the Maldives by the tranquil seclusion. Relative to these other sardine seasides, even the highest density Maldive islands we have visited always seem sparse by comparison. Seeing fellow guests on the beach and around the island is always a bit of a rare event. I often ask ‘where is everybody’.

But if you want the ultimate in Robinson Crusoe human isolation, then Soneva Fushi is the expanse for you. Unlike most resort profile pictures, the pervasive natural landscape is evident from its aerial shot (see above). Mathematically, Soneva has 65 rooms on a 688,500 square meter island which is an agoraphilic 10,592 square metres per room. Perhaps not surprisingly, the ‘Population Density’ filter was suggested by a friend (Mark Richardson) who happens to be a Soneva Fushi devotee.

In my ‘best of’ filtering, I’ve excluded resorts that are not on their own island (eg. Equator Village on Gan, Traders Hotel on Male) because even though the ‘rooms per hectarage’ is small, there is lots of other infrastructure and ‘residents’.

To be low in density, the trick is to (a) be rather large in size (the numerator in the equation), (b) not have water villas (which add rooms beyond the land area). So for some who prefer the smaller more intimate islands and the luxury of a water villa, a low density is not a big appeal.

And if that density is still too crowded for you, Soneva has their distinctive picnic island (see below) where the density drops right down to nada. 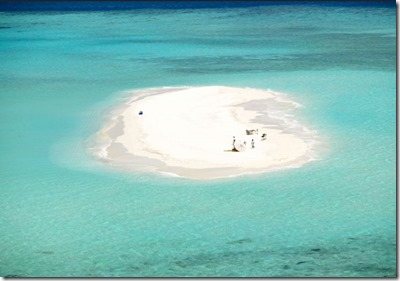 Posted in: Best of the Maldives \ Tagged: best of, landscape, Soneva Fushi