One trick to SEO is ‘keyword density’, ie. packing each page with the words ‘Maldives Resort’ every where. I didn’t think you folks would appreciate such gratuitous, self-serving clutter so I’ve avoided such contrived measures.

One trick to ‘Population Density’ (ie. rooms per square metre of island) on a Maldives Resort is lots of water villas. And the new leader is the new kid on the block. Safari Island now wins hands down in the ‘Population Density’ stakes. Maldives Complete has all the population densities of all the resorts. The previous king of cozy was Jumeirah Vittaveli with 91 rooms on 14,000 sqm for 154 sqm per room. Safari has 84 rooms on 8,000 sqm for 95 (!) sqm of island per room. Another relative newcomer has also opted for the jam them in approach, Centara Ras Fushi (140 rooms on 29,000 sqm for 215 sqm per room).

But on the horizon is a resort that Dutch Docklands is building whole resorts in lagoons with no island at all. Mathematically, a population density of infinity (that’s what you get when you divide by zero). Actually, the other Maldivian Jumeirah, Dhevanafushi, already sort of has an ‘all water villa’ feature with its complete detatched ‘Ocean Pearls’ villas set out in the middle of the ocean (see below), and Gili Lankanfushi pioneered the boat-only water villas with its collection of residences. 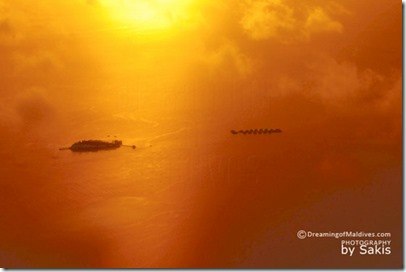 Posted in: Best of the Maldives \ Tagged: best of, landscape, Safari Island

One Thought on “Best of the Maldives: Highest Population Density – Safari Island”