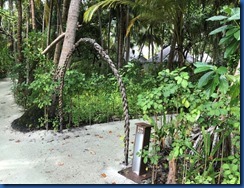 Woven palm arbours often frame the coral sand isle of Maldives beach weddings, but Kihaa Maldives features them at a number of their beach villas. So the tropical romance of the ceremony carries on right up to the threshold (whether it’s your honeymoon or not).

Posted in: Best of the Maldives \ Tagged: palm

Best of the Maldives: Most Thatch – Makunudu 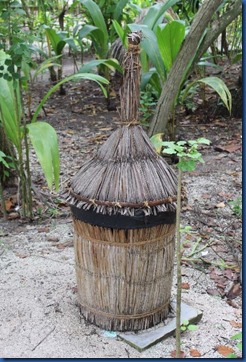 If you are into the arboreal aesthetic, especially the indigenous palm thatch vibe, then you will find it pervasive at Makunudu. Not only are the villas covered in the traditional thatch, but virtually everything on the island that have any type of cover – trash bins, air conditioning units, lamps, swings. Even the partitions are made of palm thatch. 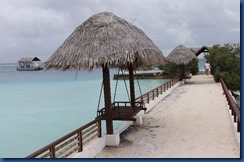 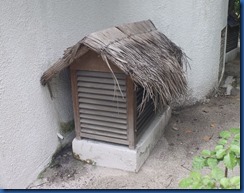 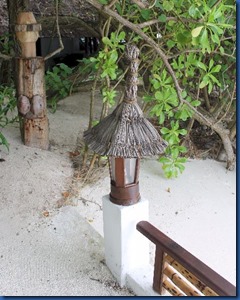 Posted in: Best of the Maldives \ Tagged: decor, Makunudu, palm 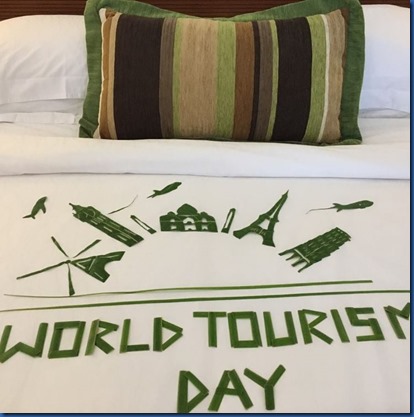 Kurumba reminds us why the Maldives is so chock full of creative and distinctive touches. The destination has turned the simple ritual of decorating a bed (with today’s post I have added the tag “Bed Decorating”) with a few petals into a work of art. Their homage to World Tourism Day is crafting the palm fronds into striking creations evoking the Victorian art of silhouette cutting (thanks Mo). 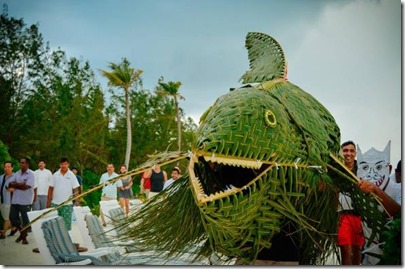 Eid ul Adha starts today. For non-Muslims you may have thought that “Eid” had already passed. Well, Eid ul Fitr which marks the end of Ramadan did take place in June. It often gets a high profile due to its association with Ramadan, but to many Islamic scholars, Eid ul Adha is actually a bigger event marking a more sacred event and calling for bigger celebrations.

“Bodu Mas is a tradition a lot of local islanders have during the Eid after Hajj day. We call it Bodu Eid, this Eid is for religiously and traditionally known for celebration and we usually get a longer holiday as well. Bodu Mas is usually accompanied by Maali neshun (ie. dance by a group of people painted and dressed up as Maali – ghosts). If I am not wrong, the story goes like this – A big fish (Modu was) together with Maali (ghosts) comes out from the sea and the men and women in the island tries to catch it. They finally manage to catch it with the help of a holyman in the island, finally ending the night with dancing of the Maali. In summer island, this year, we also brought out a Koadi, the big decorated thing in the front of the parade. However, there is a completely different story this. I think traditionally in different islands, they do it differently. We did a bit of everything. At the local island they do it every year. It’s a custom that has been passed on from years. There was a time that this discontinued in some islands, however, I think, with cultural and traditional awareness, more islands have started practicing these traditional rituals now. First time for Summer Island Maldives as well, and since we had many local guests staying during Eid, it was a fun event, and a great experience for tourists alike.” – General Manager Mariya Shareef

Their “Koadi” is also, by a long shot, the “Best Palm Folding” in the Maldives. 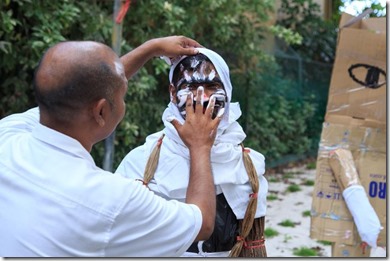 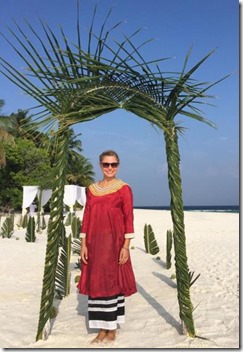 From wrapping the wrist to wrapping with palm, Embudu’s palm arbor is the ultimate in going green and natural for your wedding. I’ve added a “Palm Folding” board to the Maldives Complete Pinterest.

Posted in: Best of the Maldives \ Tagged: Embudhoo, palm