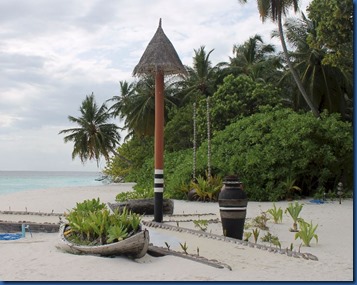 One resort that is always dressed in traditional Maldivian garb is AaaVeee. The entire resort is not just inspired by local Maldivian design, but most of the infrastructure was produced in the Maldives itself. In fact, a good number of things like chairs and tables were made on the island by Maldivians using materials from the island itself.

Perhaps the most “Maldivian” aspect is the ubiquitous “koari” adornments. “Koari” means “cone” and is a traditional form of decoration found on the islands. It is a cone made out of palm thatch placed atop a tall pole. I’ve already posted about the koari used to mark the navigation channel to the resort, but it is also used at the reception jetty (see above), in the lagoon (directly below) and various other places across the island. The resort’s chef even baked a “Koari Kake” (below). 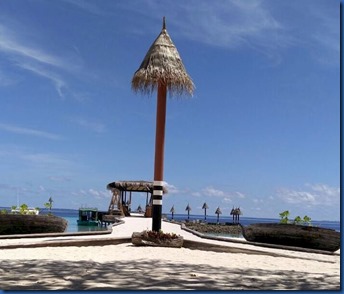 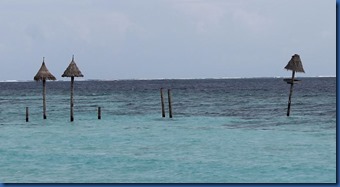 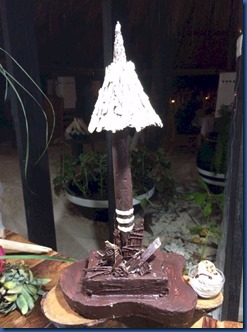