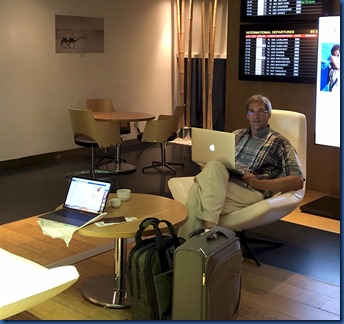 Turkish Airlines has been our go-to carrier when travelling to the Maldives from the UK in the warm months (when British Airways does not offer its direct service). I already posted a pretty comprehensive overview of the flight experience, but I didn’t mention much about the Istanbul hub (just that it had a few food outlets and relaxation areas). The Istanbul airport has come on massively in just the three years since.

From the UK from April through October, there is no direct service to the Maldives. So visitors have to choose from an array of stop-over options among the hub titans. Unless you want a bit of a detour for one of the Far East hubs (eg. Singapore, Cathay Pacific, or even Sri Lankan), the most prominent choices are the three battling for dominance as the crossroads between Europe and Asia – Turkish (Istanbul), Emirates (Dubai) and Qatar (Doha). Turkey has held the title for much of history as Istanbul (formerly known as Constantinople has been the nexus where East meets West). And they are not going to yield that strategic position easily no matter who much oil money the upstarts on the Arabian peninsula have to throw at the battle.

Istanbul airport has long been a bit of a “Third World” facility with more brute force (sheer numbers of flights) behind it than elegance (compared to the flashy new constructions at Dubai and Doha). But Istanbul is slowly but steadily making improvements to turn itself into a world class airport. A profusion of cosmopolitan shops and trendy eateries have cropped up with Sbarro and Burger King edging aside the tired beef stew in the generic airport café, and Hugo Boss encroaching on the Turkish Delight stands. They have fixed most of the bottlenecks with security in the International Transfer section which used to mean long queues as x-ray machine in the middle of the night and the middle of your long journey.

The one aspect are that remains decidedly Third World are the restrooms. Packed with queues and horrid smells. Your best option is the ones at the lower level underneath the food court (somewhat cleaner and very few people).

That area is where you will also find some quite attractive “rest” options. The first is quite literally a “Rest Area”. It is two rooms (one for men and one for women) with dimmed lighting and thick, padded mats on the floor (like you used to nap on in kindergarten). For those who couldn’t sleep bolt upright in the long-haul first leg and have a long lay-over, it is an oasis of comfort and repose. Free of charge too.

The whole area by the Food Court end of the terminal is also filled with a selection of 5 lounges to provide a range of transfer creature comforts. The first option is to check whether any of your frequent flyer status or bank/credit cards provide you with free access (one of the lounges is the HSBC lounge with free access for its premium card holders).

For the past couple of years, we have opted for the Premiere Lounge. It has sizeable space including two separate areas where one is more quiet than the other. It is the most extensive and with the widest range of amenities including a modest buffet, soft drinks, beer, pretty good coffee machine. It is also one of two lounges to have a shower (which I found refreshing after my 7 hours flight from Male) as well as a gym (!) for those who are really keen. The cost is 69 Euros for a “membership” which provides a day use with a guest (so 35 euros per person)

Note that if you plan to re-charge your electronics devices at Istanbul, the power outlets at European (if you go to Premier Lounge, they have an adaptor they will loan you).