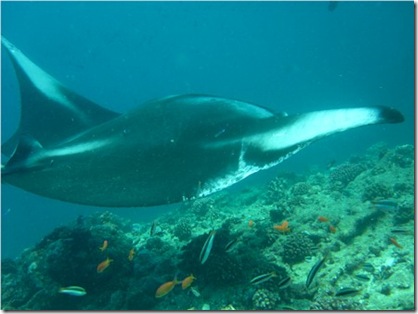 Mantas are the most magical creatures I have seen in the wild. They have an a otherworldly aura to them that seems almost like a beneficent alien spaceship. And they too appreciate spa treatments that they get from wrasse fish at ‘cleaning stations.’

Similarly smitten Martin Clunes recently produced a television show ‘Man to Manta’ on ITV which is on ITV Player.

The resort most smitten with Mantas has to be Four Seasons Landaa Giraavaru. One of the major focus areas of their Marine Centre are mantas where they run their Maldivian Manta Ray Project (MMRP). The programme was founded by Senior Marine Biologist Guy Stevens and is supported by Save Our Seas. It has the largest number of identified manta rays on record in the world. Landaa honours this work with a distinctive Manta sculpture in its Marine Discovery Centre. And, the Maldives section of Clune’s show is filmed at Landaa including an interview with Stevens.

The picture above was taken during one of our Landaa dives in November. 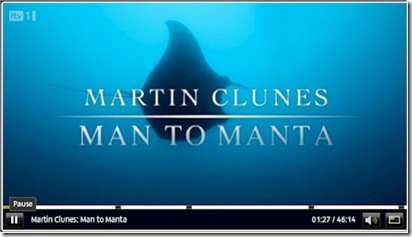