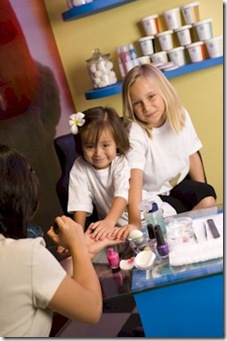 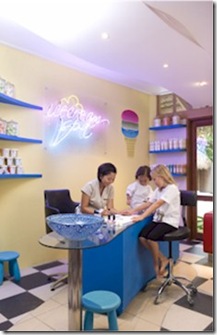 When I first considered doing a web site devoted to the Maldives, I had thought about focusing it on families (‘Maldives for Families’). While a renowned diving and honeymoon destination, it was less thought of as a place for kids. In fact, some a few resorts do specifically exclude children in an effort to maintain even greater calm and tranquillity for their guests and more resorts do not allow them in the water bungalows out of safety considerations. Nonetheless, the placid waters (little current in the lagoons, shallow water), the tiny size (hard for a child to roam out of earshot) and general charming and helpful nature of the staff do make it a wonderful destination for children.

And for those that want their kids to have more than the beach side fun and to enjoy the luxuriant pampering of their elders, Conrad Hilton Rangali has just the package which won the ‘Best Children’s Spa Menu in Asia’ award in 2009.

“Aren’t kids meant to be grubby?…It’s the big new spa thing – teeny treatments. Jolly Beach in Antigua has introduced a range for six-year-olds and up: there’s a massage, facial and manicure combo called Little Princess Day, and a boys-only package of scrubs and pedicures titled For the Little Man (careful, lads – if anyone at school finds out, you’re dead meat). All that’s trumped by the Conrad Rangali Island in the Maldives. It’s opened an Ice Cream Spa for kids, with a Super Sundae Supreme body scrub and a Princess Me facial. Big drawback: the stuff’s not edible. Chiz, as that unwashed urchin Molesworth used to say.” 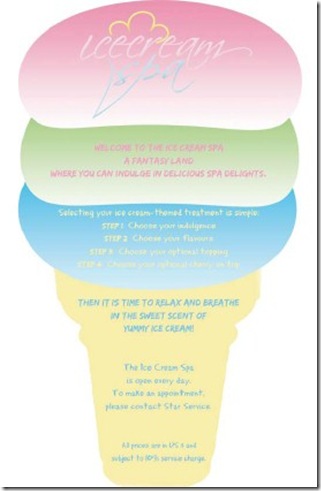