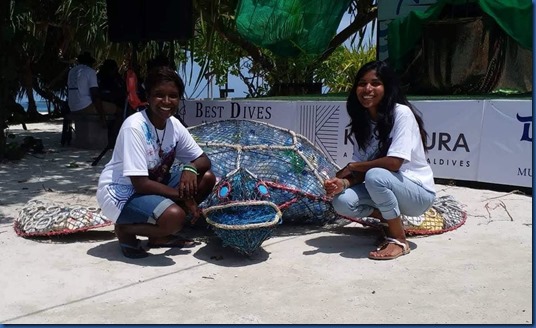 There are so many Maldivian women to celebrate during International Women’s Week, that we had to feature to in one post. Kaia Mohamed Ali at Cocoa Island and Mariyam Thuhufa at Siyam World are two friends breaking glassfloors into the depths of marine biology in the Maldives. I had the chance to meet Kaia during my recent visit to Soneva Jani where she had previously been working and we shared all lively and insightful conversation about Laccadive life. She introduced me to her friend and colleague in the field, Mariyam, who at the time was working just a (long) stone’s throw away at Siyam World. They both gave Maldives Complete exclusive interviews about their personal and professional journeys to the undersea world…

Mariyam Thuhufa (here is another fine profile on Mariyam)