The World is On Our Doorstep 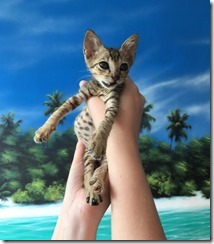 Earth Day today is traditionally a time to reflect on how humanity can save the planet, though it takes on a whole new perspective during this era of COVID19. Internet memes abound joking that the coronavirus is the planet’s way of scolding humanity and sending it to its bedroom as punishment with the admonition, “Now go away and think about what you have done.”

The pandemic underscores poignantly and painfully how interconnected we are in the modern world. How my respiratory survival is dependent on others changing their behaviours. How my toilet paper supply is dependent on global supply chains.

I had saved the post below from our daughter Isley especially for Earth Day given its theme of saving things including the planet. It was penned after we got together this past year and she was reflecting on her secondment at Soneva Fushi and Rihiveli working on a number of Maldivian writing projects.

The piece reminded me of the starfish parable…

We can all matter to individual starfish, one-legged birds and kittens. And if we do, the whole planet can matter to all of humanity.

HOW TO SAVE SOMETHING

I wrote the poem “Today I Was a Starfish” during a short writing residency at Soneva Fushi. It’s two true stories in one: Soneva had a Precious Plastics initiative where inventors worked to recycle plastics in artful and purposeful new ways. Soneva also engages seriously with sustainability, saving and reusing wherever possible so it seemed right that I write a poem responding to this part of who they are. I also watched that little kid cry her eyes out over an ice cream, and laughed before realising that she was right: the ready appearance of another ice cream doesn’t erase the loss of the one she held in her hands.

This was back in 2018. I went from Soneva Fushi to Rihiveli, which had its own collection of stories about the importance of saving. Their icon is a beautiful white bird called Juliette, who ended up on the island after the 2004 tsunami, and was cared for by the humans there. She now doesn’t fly, but hangs around on one leg (incidentally at Soneva Fushi there was also a one legged bird who would visit at mealtimes, called affectionately Onelego). Another example of this spirit of care was its reopening as Rihiveli The Dream, when to stop the island from closing it was bought by a collection of guests and run in a way which preserved the staff and style of the island they knew well.

It was while I was at Rihiveli that I was asked by the London Theatre Consortium to attend a residential climate lab when I returned to the UK. I had no idea how many overlaps I would find during my time on that lab to what I had seen in the Maldives: most obviously, the science and history behind the climate catastrophe we face, and that the Maldives is at the knife edge of in so many ways.

But also, the Maldives became emblematic for the key revelation I had during my time at the lab, which has to do with structural and systemic barriers to addressing climate change, and found metaphorical manifestation in a little stray kitten…

On our penultimate day in the Maldives, in Hulhumalé, a tiny kitten greeted us as we had breakfast. We had plans to explore the island and snorkel, but they were abandoned to take care of this flea-ridden little beast with the wonky jaw and seriously cuddly cuteness. We gave her some egg and cleaned her when she toileted and held her in our laps while we picked fleas off her one by one, trapping them in selotape that we borrowed from the hotel reception. There are many stray cats in parts of the Maldives, cared for ad hoc by the working community. But this one was in my lap. She couldn’t chew properly. She didn’t seem to be able to poop. She fell asleep on my hand. We named her Dhaya. I needed to save her.

After realising that it would be impossible to process the paperwork in time to take her to the UK with me, I looked into getting her to a vet while we were still in the country. But the thing is there are ZERO vets in the Maldives. None. Not one. There is one man in Indonesia who makes a trip every six months to look over the pets of the residents, and everyone essentially crowdfunds his trip and tries to get their pet seen during his brief visit. We made a friend in Sujon, who worked in the hotel we were staying at – a fellow animal lover, he said he would keep Dhaya in his apartment and take care of her for us, until we could get the vet to see to her, which I could organise from the UK. I felt good knowing she had a home, and that it might not mean sending her all the way to the UK to keep her happy and safe. But that evening Dhaya took a turn for the worse. We could sort of diagnose the problem using the internet, and the treatment was straightforward, for a vet. But we didn’t have a vet. Or medicine. Or expertise. And she died.

The kitten was saveable. We all wanted to save it. But without a vet, we couldn’t.

The planet is saveable. We all do want to save it, even if we disagree about how. But without systems in place and upheld by governments, organisations, businesses etc, we’ll fail. We cannot crowdfund the climate revolution.

Yes we have to work as individuals – the child needs to not drop the ice cream. And yes we need to be grassroots in our approach to change – so much has been achieved by the Rihiveli community, contributing and sharing and organising in whatever way they can personally to achieve a collective aim. But those energies need to be focused upwards, at those with more power and resources to affect serious change. But as always, those with least resources and the least power are expected to do the most. Yes, me offsetting my air travel is good, but not as good as that being a responsibility of the airlines themselves.

This is what I learned at the climate lab, and at Rihiveli, and from Precious Plastics, and from the kitten.

I’m writing this over a year later now, after Greta Thunberg has proved that an individual (herself someone with significant clout, and inspired by activists before her) can at least influence others, and begin the change systemically. Extinction Rebellion sees many individuals coming together to encourage change and enact it within their reach, putting pressure on larger bodies to recognise their voice. Veganuary proves to be a huge commercial incentive for corporations and companies to be part of the change. And there’s a stray cat with mange that sleeps in my neighbour’s shed that I’m trying to trap and treat. They remind me of Dhaya. Which makes me realise a final thing:

It’s not wrong to want to help the kitten on your doorstep. But the world has been getting smaller for a long time now, and this story of international travel and relationships and communities is proof of that. And the fact is, the world is – and always was – on our doorstep. What we strive to make better in our own worlds impacts the worlds outside of our own, culturally but also ecologically. My choices have ripples that widen and deepen a very long way away. But I also need to think not just about this kitten that I can see the shed, but about all the kittens. But again – at risk of sounding like that Debbie… I can’t help every cat. No one can.

I’m tying myself in knots here a bit now, because there’s no clear right way to fix this. The macro is the micro and vice versa / people power is real power but the real power is systemic / the cat I see suffering is not more or less special than any other suffering animal, or suffering person, and yet I can and should care for them specially.

As I sit in my car on my road, watching the trap I’ve laid for this latest rescue mission, hoping the mangy street cat won’t see me watching, will take the bait, and surrender himself to my care, I think: there are lots of ways to save things. None of them are perfect, convenient, comfortable, or ideal for everyone. But at least there are lots of them. This is one of the ways I can try and save things. And another is demanding that those who can do more do do more. If the infrastructure had been in place, Dhaya would be alive. So I’m going to keep saving the little kittens, but now I know to do that by challenging the fat cats. 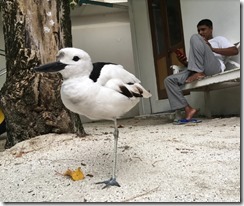 One Thought on “The World is On Our Doorstep”