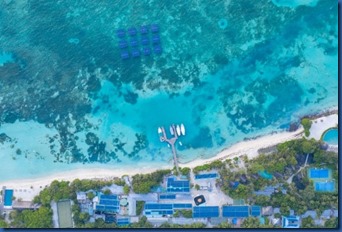 LUX South Ari Atoll floating solar farm is using the sea to save the sea. Exploiting the expansive areas of sun-drenched waters, their floating solar system is the not just the Maldives’ largest, but the world’s largest:

Sunny days to un-warm the ocean. 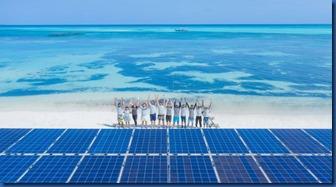