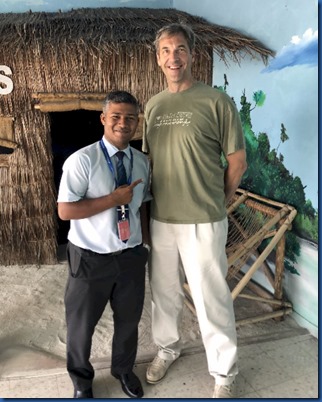 We’re on our way! Whew. It’s a shame that Turkish Airways which excels in so many ways as an airline to take to the Maldives, especially with its sparkling new Istanbul hub, is so Byzantinely archaic with its website and ticket purchasing.

Seriously, Turkish Airlines online system is a disaster. It took me 2 hours to purchase the ticket. And then, because of a fault in their system, the booking required a repair that took (no exaggeration) over 4 hours of my patient time on the telephone to fix. Here are some of the most glaring problems that hit me…

It is a shame that the process of buying a ticket on Turkish Airlines is so painful, because the process of actually travelling with them is really quite a treat. Speaking of treats, the food served is actually quite tasty. Nothing Cordon Bleu, but I found everything from the Mediterranean salad to the mousse dessert to be very palatable (I usually find something in an airline’s food service that I just can’t stomach).

But it is the transfer in Istanbul that really distinguishes Turkish Airlines. With the rise of Asia, the Middle East is indeed in the middle of everything. The junction of these two continents (not to mention emerging Africa to the south). Hence, the race by Emirates (Dubai), Qatar Airlines (Doha) and Turkish Airlines (Istanbul) to establish themselves as the hub of the eastern hemisphere. Despite, the former two airlines extravagant airports and extensive service, Turkish Airlines is now really winning this race by clear blue water.

Turkish has long been able to exceed all other in service options. This means that you have the most choice of flights to suit your schedule and the shortest lay-over times (I can always find Turkish Airlines flights with a total travel time of about 13 hours, while the shortest I can find with the competition is about 15). It has flights leaving every couple of minutes in and out of Istanbul 24 HOURS A DAY.

In most other airports, things are shuttered up late at night and the floor polishers are out by the janitorial staff. When we did our transfer at 2:00 am, Istanbul airport was like Grand Central Station buzzing with passengers filling its cavernous terminal packed with more extensive stores than Westfield shopping centre. Istanbul has always had a busy terminal, the epitome of late-night shopping and round the clock bustle. But recently it just opened it state-of-the-art monstrosity Istanbul Airport which took their hub game to a whole new level. More space, more amenities, more stores, more restaurants, more inviting architecture and décor (see photo below).

Ever since BA stopped its non-stop service to the Maldives in the summer months, we have been using Turkish Airlines more or less satisfactorily (we especially appreciate its in-flight entertainment system which shows a live video of the plane landing), but after the ticketing fiasco this year and the plans for BA to resume direct service next year, I suspect that our Constantinople stop-over will come to an end.

The best part of our journey was being greeted at Arrivals by Maldives’ own digital ambassador, Bunyamin Ahmed (see photo below). Maldives and Bunyamin…#WeMeetAgain! 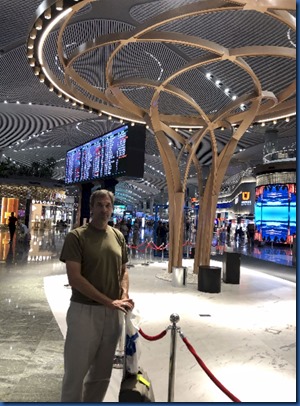 One Thought on “Maldives 2019 Tour: Arrival”