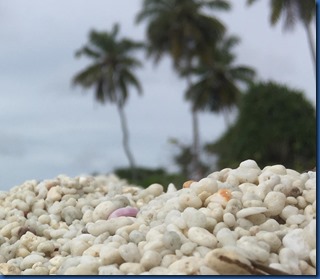 A non-resort island, Fuvamulah, is one of the most intriguing islands of all in the Maldives It does feature a number of guest houses and hotels, but it is not the little plot of sand in the middle of the ocean, but rather the second largest island in the Maldives. It is also not a pearl on an atoll necklace, but more of a sparkling broach standing solitary on the breast of the Indian Ocean.

Among its many distinctive features is the ground itself which makes up the island. The sand and the pebbles are unique to the island as they are polished by the action of the waves crashing on to the beach. Some beaches have pebbles (see photo above). One part of the island also has a pile of polished black stones on the beach. Other areas on the island have smaller grains of proper sand. But the sand grains are themselves polished. I was told that the unique texture of the sand makes the sand “sing” as you walk on it. 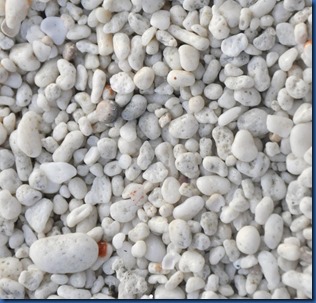 One Thought on “Best of the Maldives: Polished Pebbles– Fuvamulah”