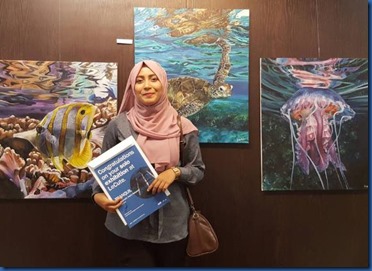 While the Maldives are known for their low-rise terrain and thatched villas, some gems are indeed to be found in the high-rise buildings. Hotel Jen may be sequestered in the hubbub of Male, but it too is featuring some aquatic artistry at “An art exhibition renaissance for the Maldives”: 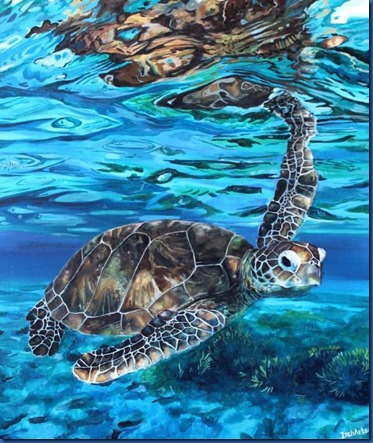 One Thought on “Best of the Maldives: Urban Gallery – Hotel Jen”