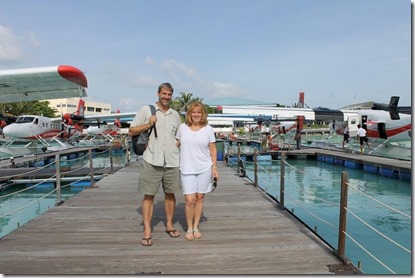 Another annual pilgrimage to the sacred destination of our dreams concludes. The sunrises, snorkel spottings, villa photoshoots, property tours, transfers, treatments, pina coladas, sunsets and star-gazing has finished. Now begins the remote re-living of our time cataloguing the photos, editing the videos, transcribing the notes, emailing the follow up questions, updating the database and reliving the our time there from afar.

This whirlwind exploration of Meemu anew, Baa renewed and assorted undiscovered corners of Kaafu brings our lifetime total of resorts seen to 84…

At the bottom of this post is a map of where we have stayed (all the green stars are places visited and all the yellow ones are all the others which are on our bucket list).

This particular odyssey introduced us to many new properties, reefs, sights and people which we have shared over the past fortnight. But it has also inspired a number of general reflections and observations about the Maldives destination overall.

I don’t understand these people who cry out that the Maldives is not affordable any more. Yes, a big number of billionaire playground 5+ star super luxury properties have arrived…but you don’t have to stay at them.

This particular trip discovered a number of value priced gems I would gladly recommend – Rihiveli, Summer Island, Medhufushi, Cinnamon Hakuraa Huraa, Olhuveli. This is not always the case. Sometimes we stay at a lower end resort and can’t really wait to get off of it.

On a related note, I don’t understand why more people don’t visit here in July. It is the destination’s “low season” with often the lowest rates. We almost always come at this time of year because rates are the lowest. Also, because the resorts are less fully occupied, the staff have more time to assist us with our research and gathering of material for the website.

In some destinations, the “low season” is determined by the time with the worst weather, but that it not the case with July in the Maldives. The weather is always superb. As noted above, we got less than an hour of rain across the entire two week visit.

If there is one word that describes the July environment, it is…”clouds”. Not just clouds dotting or sometimes spread out across the sky, but also a bit cloudier water for the snorkelling and diving. The plankton tends be a bit more in bloom and the sand stirred up more by the regular breezes. But these clouds definitely have their silver linings. More plankton means more mantas around. The cumulus clusters provide a bit of relief from the tropical sun and contribute to the pleasant ocean breezes. Not to mention much more affordable prices.

People bemoan the Internet. Many come to a place like the Maldives just to escape the ubiquity of the steady digital drip. It seems at times a bit incongruous to see people staring down out their phones when they could be staring at a lovely seascape.

But technology used in moderation can have huge benefits to a trip. This trip, it allowed Lori to be in touch with her family about her sister who got taken to the hospital for emergency surgery, it allowed us to look up troubleshooting for figuring out how to sort a problem with our new Suunto D4 dive computer, and of course, it allowed us to share highlights in videos and pictures with hundreds of friends and family around the world.

There was a time when we first started coming in the late 90s when Internet didn’t even exist out here (it was relatively new in the UK and USA for that matter). Then a few Internet kiosks arrived around the turn of the millennium. Then a few wireless hotspots in the reception and bar (which is where a good chunk of resorts still are). Mostly the 5-stars have invested in full room wifi. But the thing is that even at the fanciest resorts, the Internet connectivity is a bit of a challenge. The rich media of photos and video that we are accustomed to in the broadband world is not quite there yet in the Maldives.

Flying through the Middle East, which most of the main Europe-to-Maldives carriers do (eg. Turkish Airline, Emirates, Qatar), meant we were stung by the laptop ban in plane cabins for flights from these countries into the UK (and the USA). We were fortunate enough to be aware and read the notices, but dozens of our fellow passengers on TK730 didn’t. It meant that in addition to the incredible aggravation at our Istanbul connection (they started boarding the flight 2 hours before scheduled take-off and still were late) and no computer games or work or high-def films during the flight, those folks had a further delay on the other end queuing up for the airline’s jerry-rigged checking system.

Last year, we were nearly heartbroken over the state of the reefs due to generally rising ocean temperatures, the added shock of El Nino and then the final blow of the COTS outbreak. This year, the state of the reefs was less dismaying. Maybe it was our expectations being reset (they still have much less variety, quantity and colourful coral), but the reefs didn’t seem quite as bad. We were maybe taking the glass-half-full perspective. Instead of disappointment of broad stretches of dead coral, we took immense delight over all of the fresh, new coral croppings emerging. We are hopeful. I remember visiting W Retreat by in 2000. It has a reputation as a top house reef, but on the heels of the 1998 El Nino it seemed like a giant coral graveyard when we explored it. And yet, it came back strongly in the subsequent years to regain its health and beauty. We are hopeful that the reefs around the Maldives will do the same this year. One truly encouraging sign was the complete absence of COTS in all our dives and snorkels. Last year, the resorts had mostly gotten only top of the COTS issue, but we were still struck by how many of the starfish we still came upon. This year, not a single COTS was spotted in two weeks.

If COTS and bleaching wasn’t enough of a blemish on the seascape of this paradise, I became aware a new potential issue for the warming shallow seas of the Maldives – sea grass. Over two decades, we had rarely happened upon the stuff. Nearly all of the lagoons we explored were boundless expanses of underwater white sand deserts. Now increasingly, we were coming upon jungles of undulating seagrass. The key factor driving the sea grass growth is warming sea temperatures. It thrives in the warmer water. Resort staff we spoke to confirmed that it is becoming a growing concern.

Sea grass might seem an innocuous bit of ocean vegetation flourishing, but it causes problems for the resorts who thrive on aesthetic beauty of their location…

It might have been the luck of the draw. After having hardly ever seen it in our history, we did see a fair amount sea grass at one of the resorts we stayed at last year. It quite surprised us as we just assumed that the dark patches in the water were going to be interesting coral croppings, but instead they were endless fields of boring sea grass. But we saw it in major extents at nearly half the resorts we visited covering three different atolls.

I think that the Maldives needs to get on top of this situation with some marine biology and environmental research. It causes lots of aesthetic problems for resorts and considerable costs in managing its effects (one resort once had a team of 30 staff working full time to collect the dead grass washed up). It could be as much of a problem for the infamous turquoise lagoons as El Nino and COTS has been for the reefs.