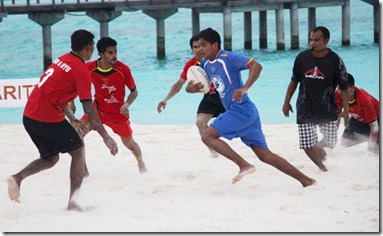 It’s not just the men who get to enjoy head-turning beauties this week, but the women get treated to fine specimens themselves with the opening of the Rugby World Cup (as a lady friend of mine commented “Us ladies had to pause and rewind a few times when watching the match last night. Those Fijian giants, those tight shorts…”).
Rugby is a sport where the “small island states” (eg. Samoa, Fiji, Tonga) stand shoulder to shoulder with the big guys. In fact, even many of the traditional powerhouses in the sport are themselves island nations – New Zealand, Australia, England, Japan.

I’m not sure that the Maldives will be fielding a national team anytime soon, but JA Manufaru resort has hosted its own beach rugby games with staff and guests. In fact, a prominent England player joined in the fun when he visited the resort a while back.  Front Office Manager Ahmed Ashfaq explained, “Some of our managers were interested in playing beach rugby including myself.  We had a group of people who used to play twice a week every day. The idea of playing a friendly match came up with in the group.  The two teams were the’ Manafaru Barbarians’ were a team selected by general manager and ‘Ball Crusher’ is from F&B team.|”  The Barbarians won by a score of 11-7.

For those of you who have no idea what the pictures are all about, I have attached at bottom a link to a helpful instructional primer video done in the spirit of London Fashion Week going on now (see bottom…so to speak). 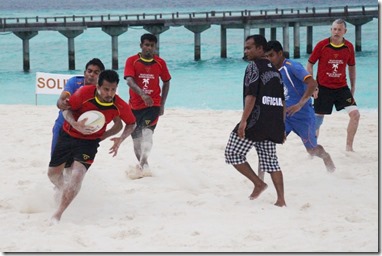 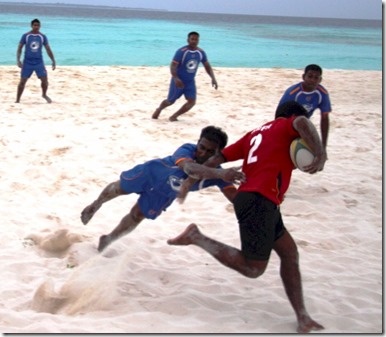 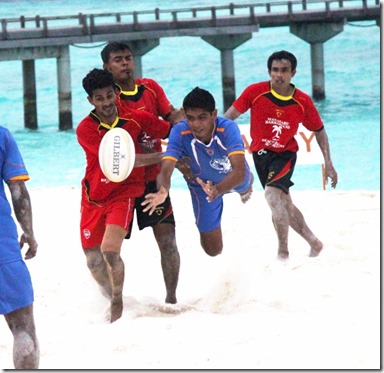 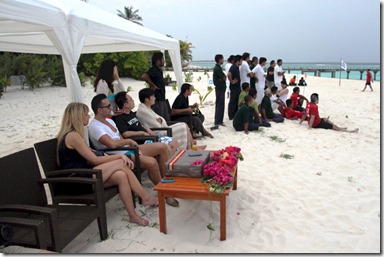 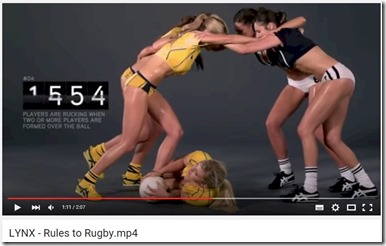 Posted in: Best of the Maldives \ Tagged: beach, best of, JA Manafaru, sports