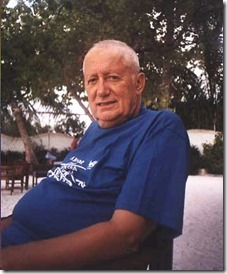 The “resort father” has to be Nika’s, Giampiero Bellazzi. In 1983, he took over the island that had 10 villas on it. But a resort couldn’t survive on that number so when Bellazi took over, he built more but based on the original design concept. Now his daughter Giovanna now runs it the resort as one of the truest veterans in the industry there as she grew up with the Nika resort.

My own father is a big fan of the sun. When we lived on the west coast of the USA, one of my few memories of that earliest age (pre-school) was waking up to the top of the hill to watch the sunset. Later in life we moved to the east coast in the seaside town of Ipswich, Massachusetts and watching the sunrise at the famous Crane Beach was a regular ritual for him. We wrote a small book of quotations, “Days Alive”, illustrated with an animated sun passing across the sky and celebrating the blessings of every day. For years growing up, the tradition has been to give him a card with a sunrise on it and sometimes some curious sun curio as a present. And in 2000, we were able to give him the ultimate sun gift of a trip to Conrad Maldives Rangali for a week.

Posted in: Best of the Maldives \ Tagged: best of, management, Nika

One Thought on “Best of the Maldives: Family Business – Nika”