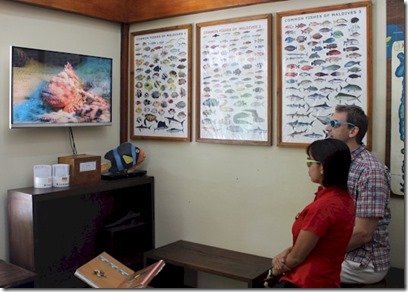 If a picture is worth a thousand words, then a video must be worth a million. Videos are surging in on the web in general and in particular to try to capture the magic of the Maldives in even higher fidelity. I

Chaaya Reef Ellaidhoo has taken cinematic illustration to the next dimension. The third dimension of 3D TV in its dive centre with stereoscopic footage taken of the house reef. Just need to get some footage of a shark coming straight out of the screen at you for a bit of hair raising fun.

Posted in: Best of the Maldives \ Tagged: activity, best of, Chaaya Reef Ellaidhoo