Maldives, The Best Of… 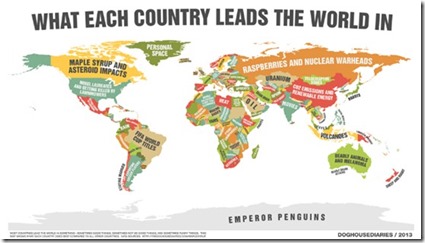 All of these “Best OF the Maldives”, what about the country itself. What about “The Maldives, Best of”? Can such a tiny country stand out as #1 in the world in any category?

Republic Day in the Maldives today with many patriotic points of pride to celebrate. The second round of elections has proceeded peacefully according to reports. And the country can point to many areas which despite it’s small stature on the map, where it commands a big standing on a few statistics.

Recently, Dog House Diaries created a fun infographic highlighting two things that every country on the planet led the world in. Unfortunately, the Maldives were woefully omitted. So being the master of what “best” about the Maldives, I thought I best do some research a lay down some markers.

I thought that there might be a case for the “Least Landed” with only 300 square kilometres spread over 900,000 square kilometres of country boundary in the ocean. But it turns out that Tuvalu (in Polynesia) has only 26 square kilometres across an nearly identical expanse of ocean. Similarly, Tuvalu’s 11,000 inhabitants, compared to about 317,000 in the Maldives, make them also the least densely populated (when ocean area is considered).

Posted in: Industry \ Tagged: best in the world, country, industry

2 Thoughts on “Maldives, The Best Of…”