22 Things Maldives Leads the World In 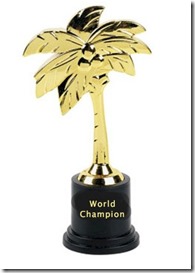 An update to “Maldives, the Best Of” for Maldives National Day adds several new items. For a country so small, it sure commands a big number of superlatives. Not surprisingly, most concern its uncanny natural beauty and the throngs of visitors drawn to it from around the world (detail links in the title word of each bullet).

Posted in: Lists \ Tagged: best in the world, destination, lists

2 Thoughts on “22 Things Maldives Leads the World In”