Best of the Maldives: Venetian – Nika 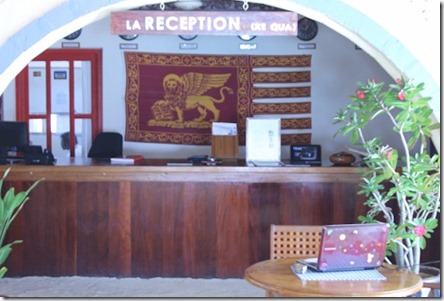 I’ve done lots of country ambiences, but this is the first “city” ambience. I chose it for today, a bit out of order from the tour itinerary, because of its connection to my wife’s and my anniversary celebrated today.

I wouldn’t be the first to dub the Maldives the “Venice of the Tropics”. Something about being by the water evokes romance and relaxation. And being surrounded by it in every nook and cranny all the more so.

But Nika takes its connection to “Venezia” much more than metaphorically. The owner is actually from Venice himself and still lives there part of the year. The reception (photo above) resembles some antiquated arched grotto, the rooms are decorated with gondola models, pictures and other paraphernalia from Veneto. The channel markers in the lagoon are even authentic “palinas” (the candy-striped mooring poles)!

In recent years, we have been visiting the Maldives mostly in July and very often are there for our anniversary (just missed this year though). When we we much younger, we gave ourselves an anniversary gift to Venice, but both our lives got so packed with professional commitments that we kept postponing it until it fell off the calendar. To make up for the five year wait, on our 15th anniversary, I re-gave the same gift…but I added a trip on the Orient Express (a nod to our honeymoon train ride to Montreal from North Carolina) and a stay at the iconic Hotel Cipriani. It was like our planned 10th…with interest. It was one of the most memorable and romantic trips in our 28 years together. A symbol of how things just get better with time.

Venice and the Maldives…two of the world’s most iconic destinations for romance. And in Nika you find them both! 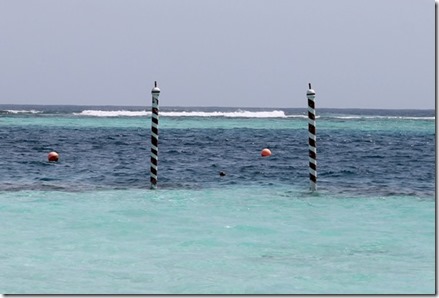 Posted in: Best of the Maldives \ Tagged: ambience, best of, nationality, Nika

3 Thoughts on “Best of the Maldives: Venetian – Nika”