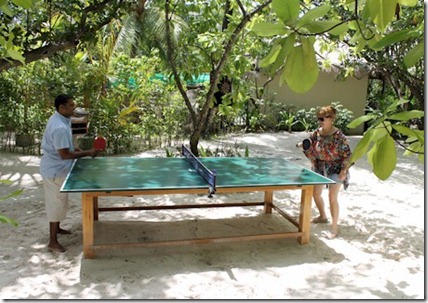 Many think that the Olympics have some and gone, but here in the UK the ‘London 2012 Games’ were just the warm up. Now London is buzzing with the Paralympics which are equally sold out and in many ways even more enthralling than the conventional Games. One of the events I have been watching recently is Table Tennis.

For all those Table Tennis fans out there who are inspired to sharpen their skills, Mirihi lends a touch of paradise to the sport with a twist…’Beach Table Tennis’. Their table is set up in its own shaded alcove on a pitch of deep, soft sand. Reethi Beach has a ping pong table on sand, but it is indoors.

If such idyllic training isn’t enough to inspire you, then check out the video below. One of the greatest sports promotional short films ever filmed… 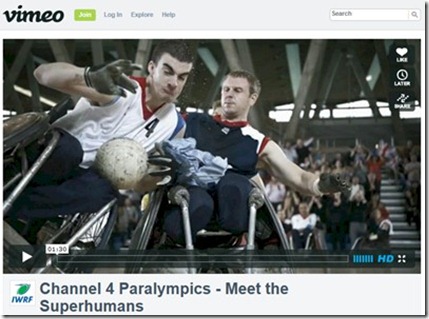 Posted in: Best of the Maldives \ Tagged: beach, best of, Mirihi, sport

One Thought on “Best of the Maldives: Beach Table Tennis – Mirihi”