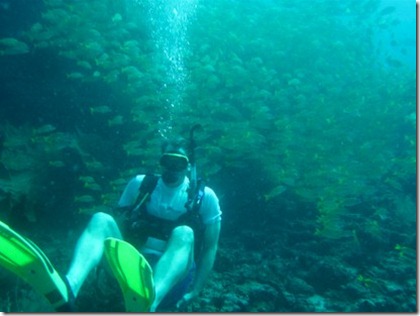 Something else that bothers me personally when I am in the Maldives, is equalising (the process of adjusting pressure in your sinuses whn scuba diving). With such world class snorkelling in the Maldives, it was some years after my wife started diving that I joined her in getting certified and one of the disincentives for me was general sinus issues which made for equalisation difficulties. For the 6 years I have been diving, these issues persist in irritating my dives, but over that time I have collected a range of tips from various divers and dive masters on how to alleviate the problem.

Since taking the Scuba course, picked up the following added tips.

Here are some more handy tips from Aquaview.