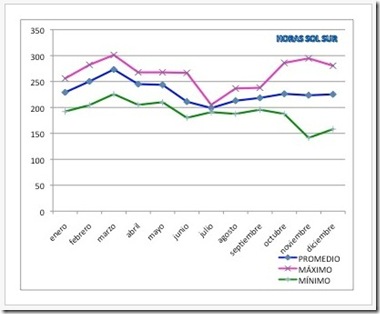 This award could also be called the ‘Driest of the Wettest’. That is, the driest place to be (south) during the wettest period of the year (June).

June is the wettest month of the year with an average of 12 inches of rain. Not to fret too much. I’ve travelled to Maldives in June on several occasions and never once saw a cloud. Same old dazzling sunshine. I kept dreading to pull back the curtain in the morning and see the climate of Macclesfield in January only to be blinded by the sunlight. The other counterbalancing statistic is that the ‘Hours of Sunshine’ is pretty much uniform across most months.

But if you are playing the odds, then June will indeed bring greater likelihood of a dampening to your day. And if you really want to try to outsmart the weather gods, then the south is drier in June. However, the south is wetter in May (so if you were going on 30 May / 1 June, then I don’t know how you would make the call).

‘Goffy’ highlighted this thinking in his Trip Advisor Forum post of targeting regions of the Maldives to try to get the slight edge on even more sunshine. But the big resource is ‘Mariaeugene’s post to TA where she analysed the differences quite thoroughly (see above).

Still, if you want to be as south as possible for whatever reason, then Shangri-La Villingili is your place at 0.041 degrees below the Equator (one of the few Maldives resorts in the Southern Hemisphere).

Posted in: Best of the Maldives \ Tagged: best of, location, Shangri-La Villingili

One Thought on “Best of the Maldives: Southernmost – Shangri-La Vilingili”