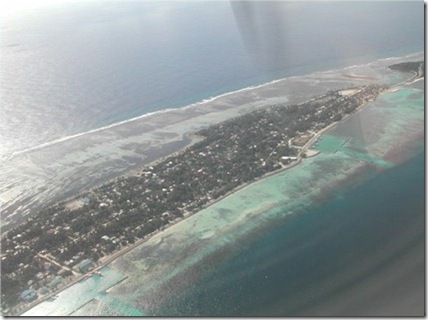 One of the defining characteristic of the Maldives are their miniscule islands, but if such diminutive scale is too claustrophobic for you, then maybe you want to consider the other end of the spectrum. The largest resort island (the second largest island in the whole country after Hithado in the same atoll) in the Maldive archipelago is Gan at 2,256 square km. That compares to an average across all the resort islands of about 200k square metres.

Gan’ s resort is Equator Village. Gan also has an extensive history which includes a British naval base established there in World War II and an ancient Buddhist temple.

Posted in: Best of the Maldives \ Tagged: best of, Equator Village, Gan, landscape