Best of the Maldives: Hotel – Hulhule 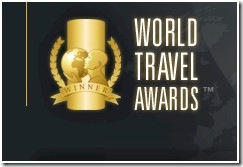 Despite all of the great features of the new Holiday Inn Male, the Maldives ‘hotel’ (as a opposed to ‘resort’) that has officially captured the ‘Best Of’ prize (repeatedly) would be the Hulhule Hotel.

Hulhule is actually a credible destination place to stay in the Maldives with a broad range of facilities and services. It has the advantage of not even needing to leave the island of the airport and as such is away from the relative hustle-bustle of the capital. It would appeal especially to a group looking for a ‘hotel’ (as a ‘resort’ might convey an unprofessional or ‘junket/jolly’ atmosphere) in this great destination that is specially suited for business meetings and conferences.

“Travel industry’s equivalent to the Oscar’s”, the World Travel Awards are the most comprehensive and most prestigious awards program in the global travel industry. Hulhulé Island Hotel commenced operations in 2000. Since then, the Hotel has been a key member of the travel and trade business in the Maldives. Hulhule Island Hotel also boasts of being the ‘Best Culinary Establishment’ at Maldives and the team is proud in having professionals such as the ‘Most Outstanding Chef’ and ‘Top Maldivian Chef’ of the last Hotel Asia Exhibition & Culinary Challenge. Last year, Hulhule Island Hotel was declared the ‘Winner’ of the ‘World Luxury Hotel Awards 2008’ held at Cape Town in October, 2008.”