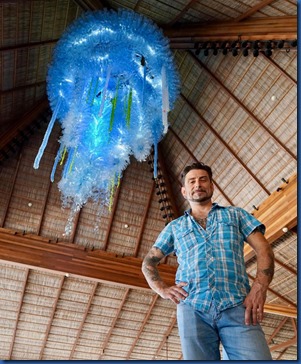 Conrad Maldives is putting the “up” into upcycling plastic with its jellyfish chandelier. The article “How A Hotel In the Maldives Is Fighting Plastic Pollution” describes this and a number of other initiatives (stay tuned) the resort is undertaking to raise awareness of plastic pollution and to minimise it from their property:

Creative approaches to eco-sustainability are looking up at Rangali.