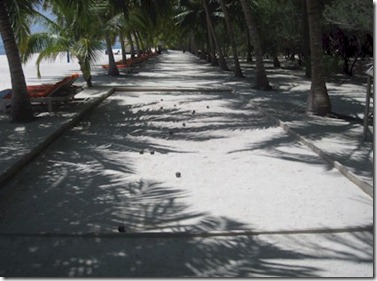 This weekend featured the World Championship of Bocce Ball in Del Mar, California, but the champion bocca ball pitch in the Maldives has to be Club Med Kani’s. Anyone can throw a few balls in the sand and call it ‘bocce’. Kanu has chosen a select place under a sprawling palm canopy by the ocean’s edge. They have levelled out the sand pitch and marked it off with boarding on all sides. Finally, just for that added touch of official-ness, they have a special bocca ball stand in native palm-frond style. 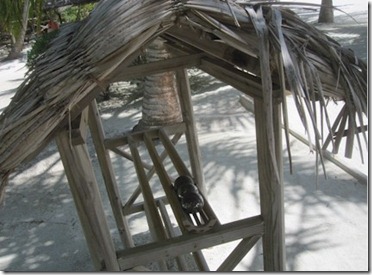 One Thought on “Best of the Maldives: Bocce Ball – Club Med Kani”